Windows 10: Many Work in Progress, the Control Panel Goes Away

The latest pre-release of Windows 10 in the Fast Ring is evolving more strongly. The novelties begin to appear after a period of work on the base. More or less significant changes in the Start menu, Settings, the Photos application or in the management of the precision touchpads.

The situation is now moving more strongly on the Windows 10 side. Insider testers have been able to cut their teeth on more changes for some time now, after a fairly quiet period. After the last major evolution of the system – the Anniversary Update of August 2 – Microsoft had indicated that the continuation of the program would be first a work on the base. It seems that this stage has passed.

A few days ago build 14942 started by proposing several changes that set the tone. For example, the Start menu can hide the left column, which usually contains all applications, or the most used applications at the top of the list. In the customization parameters, there is an option that will summarize the menu to the left area containing the main shortcuts (On/Off, Explorer…) then directly the thumbnails of the applications. The complete list is accessible via a button in the upper left corner. Several improvements have appeared here and there. For example, and as mentioned earlier, default applications that have been uninstalled remain uninstalled when a new build or major update is installed. A defect that annoyed a lot and led to abnormal behaviour: the user’s choice was not respected. This preservation is also valid in business environments when applications are deleted from a disk image.

The detection and management of precision touchpads is also improved: all gestures are supposed to be better detected and their configuration more precise. Edge takes this opportunity to improve its overall support for web technologies and now defaults to the H.264 video codec for all PSTN communications. The machine’s activity time slots also change from 12 to 18 hours by default on the Pro, Enterprise and Education editions.

Services broken down into more processes

Deeper in the system, there is also a significant change. The editor says that starting with Windows 2000, the number of services increased so much that they started to be grouped together in processes called “service hosts”, which can be found in the task manager on the lines marked “svchost.com”. But if at the time the recommended configuration was 256 MB of RAM, the situation has changed a lot since then.

Faced with the explosion of RAM in the machines, Microsoft has therefore made the decision to decompress the service bundles to distribute them to a greater number of processes. Testers can see the difference in the task manager if they have at least 3.5 GB of memory. Microsoft cites several benefits to this change: reliability – one service no longer crashes the others – more accurate process information, more complete error reports when problems occur, and security, with more services being isolated in separate processes. In addition to a Photos application redesigned to display a more user-friendly interface, Microsoft also touched a small piece of software that hadn’t been modified for a long time the registry editor. He added an address bar, a feature he has been waiting for for many years. Rather than unfolding the trees, you can now paste the address of a key in the bar, the editor opening directly on the target area.

Another build, stamped 14946, arrived last night, with another batch of novelties. Precision touchpads now get a new layer of enhancements. This time, the user can precisely define actions based on gestures, without the need for a particular driver or utility. Note that these touchpads are those created specifically to accompany certain laptops since Windows 8.1.

In addition, the new build brings a change that – according to Microsoft – users of the Continuum mode have been asking for: the ability to turn off the screen that is not being used. If the smartphone is connected to a screen to work on a Word document, for example, the smartphone can remain in standby mode. Likewise, actions carried out on the telephone, such as answering a call, will no longer have an impact on the ongoing activity.

In addition to additional settings for Wi-Fi, there are some changes specific to Windows 10 Mobile. Self-correction is thus more flexible, making it easier to keep the word you have just written that you do not want to be corrected, or the possibility of deleting a word that you have entered by mistake in the personal dictionary. Simply select the word in the input field and a “-” sign will appear in the proposals.

The Control Panel moves away little by little

Finally, it is now obvious that Microsoft wants to get rid of the old control panel completely. The old Windows + X shortcut, which brought up a specific menu to access the main functions, no longer has an affiliate link. It is replaced by “Settings”, in other words the new panel. Between the removal of accesses and the arrival of additional options in Settings, it is likely that the next major update, Redstone 2, will miss this component, whose shape has not changed since Windows XP.

As a reminder, the Insider program is accessible to any user, if he or she is registered to the program via his or her Microsoft account. At the moment, Redstone 2 has no Release Date but there are insistent rumours that the update will be stamped “1703”, for a release in March.

All new builds of the Fast Ring are available on PCs, tablets and smartphones. 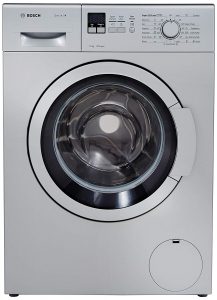