Valrian: a Cheap and Distressing Nanar That Regurgitates 30 Years of Science Fiction.

Luc Besson has undergone no scrutiny, no demands from a studio for his Valerian and the City of a Thousand Planets. No one warned the filmmaker that his dialogues were badly written, probably badly translated, that his script had not the slightest stake in it and, finally, that it is not allowed to steal his ideas from thousands of universes here and there to make people believe in his creativity.

TheHollywood Reporter, particularly hard withValerian and the City of a Thousand Planets in Todd McCarthy’s blowtorch review, did not miss Besson and his latest fantasy at nearly 200 million euros

But whatever the French may say, the American critics have the necessary detachment and casualness towards the national cinema to serve, dry, their pugilism. And if in Paris we find more and more contradictors – “mais si, je vous assurez-vous c’est un bon film, les Ricains détestent car ils veulent garder leur monopole…” -, the film remains unsalvageable.

And for those who think it’s a blockbuster “different“, take a trip to Busan or read the original comic book by Mézières and Christin.

That warning having passed, I’ll add another: the press screening having been held in delicate conditions, I took my Wednesday evening off to investigate two hours of the most wobbly palimpsest of the year. Understand therefore, that I have no desire and even less reason to spare Europa – let us recall nevertheless that the soon-to-be sixtieth birthday boy Besson was offered on a silver platter a tax credit by the French State to match his “genius“.

Besson, in all his touching humility, predicted, if we didn’t offer him a nice reduction on his taxes, the death of French cinema, without detour. Today, French cinema is certain of one thing: the Besson model is risky and only benefits, in the end, a man who satisfies his personal fantasies. At best, a few supporting roles will be discovered in the US, at worst, he delivers an unbeatable turnip and buries the hope of seeing a national SF exist without inferiority complex.

A turnip on a green background

The THR,precisely, delivered, in addition to its critique, a paper that seems to say everything aboutValerianby technical means : “Valerian contains 2,355 special effects, 600 more than Rogue One .” An already eloquent title which is completed by a rather tasty quote from Cara Delevingne, who strenuously campsLaurelinein the nanar : “Basically, we were shooting every day against a blue background. Over six months, we shot only two weeks under normal circumstances. » Photo courtesy of STXfilms and EuropaCorp

Actors struggle against their own doubts

So it is almost understandable to see the duo DeHaan and Delevingne struggling against their own scepticism to play roles they don’t understand, and neither do we. If the former model honours us with a performance that counts at best about fifteen emotions, however, she does much better than DeHaan who always looks lost, exhausted, and never looks in the right place. He loses himself (and his character) to finally deliver an inconsistent and lifeless Valerian.

The rather obvious lack of exposure of the film’s lack of stakes only heralds the boredom to come. Thus, with the face of a baby and the stature of a prepubescent, DeHaan explains to us that he is a”bad boy” who is afraid to commit himself – it’s already very inventive… – but in fact, on the screen, we observe without believing it, this little guy who activates himself without ever taking up his role, devoid of rough edges and undermined by dialogues of a staggering debility. Bad boy that little white boy who can’t find a single hooked atom with his partner? It might be time to revise his Han Solo…. Because of course, with Besson, winks and quotes are never far from the failed reheating. Thus, in two hours, the bestiary, the character attempts, the ships, the worlds, the chases, will remind you of thirty years of SF compiled here, under the baroque seal of a regressive quinqua that visibly pecks at a popular corpus.

A final that arrives three quarters of an hour too late

No less than two chases with a big “” beast punctuate” the space shuttle. Problem: they are more or less identical. Inventiveness and creativity, despite the avalanche of superlatives unleashed by Europa, are not there. Finally, we get really annoyed to see the special effects being so little dedicated to gémonies – let’s understand, it’s the least worse in this carnage – while they are still clearly dated and often crappy.

The visual inventiveness praised here and there is in fact a baroque and outmoded mess, which passed for originality in 1997, but now seems doomed to be compared, as McCarthy does, to euro-trash. Neither the pearly Na’vi and their bath beads, nor the three atrocious pigeons, nor even the Tatooine-style decorations with whipped cream in the first part of the show are necessary.

A veritable visual circus, the film even goes so far as to self-test itself in very disturbing sequences that are not temporal ellipses but trailers within the feature film itself – the desire to get fucked up before the end of the ordeal runs through me, but I promised to stay until the end. It’s exhausting, we feel Besson’s ego weighing down on our cheek, we think the joke is ready to stop but here it goes again: ex nihilo, a space battle in which, at last, a villain reveals himself. But his SS outfit, remixed by a low-cost Courège, convinces us that it is too late to save anything from Valerian and the City of a Thousand Planets.

Piou, piou, pan, pan, “Love is stronger than weapons“, pschit, badaboum: here we are, Besson has thrown 58 years of fantasies in our faces on a comic book that gives his fan the opportunity to literally empty what we imagine to be years of bad ideas written down in notebooks. Patchwork and untied,Valerianhas the merit of being handmade: we’re learning the role of Delevigne and DeHaan at the same time as they are, we have to tolerate slobbering 3D textures – we feel sorry for complaining about the poorly finished CGI of the Marvels that seem futuristic here – and a script that seems to be waiting for a proper proofreading and translation. Clarification for Mr. Besson and his team: jokes in French, once translated word for word, do not work in English.

Finally, because I don’t intend to spend my day enumerating the cinematic problems ofValerian,, I had the idea to conclude with a summary list, completely subjective: the soundtrack of Desplat is not only not terrible, but particularly badly used. The film also contains some particularly heavyremixremixes by Bowie and the Bee Gees. The perspective is abused by CGIs that stack on top of each other without transitions or universe logic.

Chris Tucker plays the same burlesque and pathetic role as in The Fifth Element. There’s really a problem with the finishing of the 3D effects. In spite of a very good editing of the first thirty minutes which is the only quality of the film, the lack ofcinematography,in its first sense, of the feature film is the pompom: the teasers were nevertheless full of good ideas, but these collapse under the test of astrobedirection.

Certainly, if you have two hours to lose and a lot of bile to evacuate,Valerian and the City of a Thousand Planetsis an interesting experience. Otherwise, if you’re over fifteen and have a little respect for the genre insulted here, you can watch the lastStar Trek, the prelogyStar Wars – to find the Coruscant in Valerian – Avatarand theGuardians of the Galaxy: the best ideas stolen by Luc Besson are there in their original form.

Valerian and the City of a Thousand Planets

Stupid and selfish film,Valeriandoesn’t care about his audience. The feature film seems to have only one objective: to make a dream come true, a dream to the extent of Luc Besson’s career. The spectator is ignored, charm is absent and vitality is disembodied. Like a filthy beast from the filmmaker’s crass bestiary, the film swallows tons of snot in which we find, in a jumble, a few project sequences that have escaped from the Europa boxes and many not-so-sensitive “references”.

In fact, Valerianis this album of fraudulent covers of the great rock standards by a group of unknown and not very gifted people, when you play it in random mode on sputtering speakers.

Elsewhere in the press: Read More
We could have told you about Geralt de Riv, the charismatic “Witcher” and his Wild Hunt that began…
Read More
0
0
0 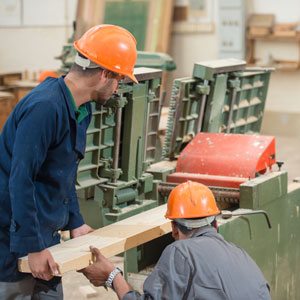 Read More
It is very important to have the best work trousers when you are at work. Jeans can be…
Read More
0
0
0