The Xperia XZ2 Compact also features an 18:9 tile (which covers 74% of the front panel), but takes advantage of this feature to reduce its dimensions and thus offer one of the latest high-end smartphones of reasonable size. It measures 135 x 65 x 12.1 mm for a 5-inch screen (Full HD+). For comparison, the Samsung Galaxy S9 measures 147.7 x 68.7 x 8.5 mm. A difference of almost 1.3 cm in height that you will feel when you need to reach, for example, the notification pane.

A design that is not free of defects

While the compact Xperia XZ2’s reduced dimensions may indeed be considered a strength, its design is not without flaws. Let’s start with the thickness of the beast, 12.1 mm at the widest point. It’s big, very big these days and it spoils the comfort and general handling of the device. Another negative element is its weight. Presented in its box, with its small size, we imagine it very light, very slender. Nay! It displays 168 grams on the scale. That’s 5 grams more than the Galaxy S9 even though it has a 5.8 inch slab.

If you have rather large hands, be aware that you will have to twist your fingers to reach the fingerprint reader on the back of the phone. A reproach that can also be made to the unlocking button which is a little too low on the right border. Concerning the rear part, it is not glass as on its Big Brother the Xperia XZ2, it is necessary to be satisfied with a plastic plate “frosted glass effect” which has at least the advantage not to mark the traces of fingers and to be resistant to the falls.

Overall, the finish is satisfactory, it doesn’t crack and feels robust, but it n’t make you overwhelm your heart – almost regretting the Omnibalance design of previous generations. Last but not least, it is water resistant with an IP68 certification (1.5 m for 30 min). A quality LCD panel…but that doesn’t compete with the OLED technology.

Unlike many manufacturers who have switched to OLED, Sony has made the choice to keep an LCD panel on its top-of-the-line. It is HDR compatible, works with “TRILUMINOS” technology and has an “X-Reality” contrast optimization system. The result is a high quality LCD panel, with good brightness, well-balanced colours (in professional mode), and satisfactory contrast. In spite of this, the comparison is not tenable in front of an OLED slab of the same range. It will offer much better contrast, equivalent or even better brightness, and striking colours. The Xperia XZ2 is a high-end device. High performance is therefore expected. It is equipped with a Qualcomm Snapdragon 845 SoC running at up to 2.8GHz coupled with an Adreno 630 GPU and 4GB of RAM. It’s strong, the interface is fluid, pleasant to use, there is no latency when launching applications.  He’s doing very well in the very popular Playerunkown’s battlegrounds and the scores in different benchmarks confirm the general feeling. He scores 263371 points on AnTuTu V7 – a score equivalent to that of the Galaxy S9 Plus yet with 6GB of RAM and 8332 points in multi-core on Geekbench 4.2.

Sony has always paid particular attention to the audio on its smartphones. The Xperia XZ2 Compact is no exception to this “rule”. It has (despite its 18:9 format screen) two speakers on the front panel. But the big downside is, Sony’s breaking up Port Jack. Therefore, either the 3.5 jack / USB-C adapter or Bluetooth must be used.

In order to compensate for a possible loss of quality during Bluetooth transmission, the Japanese manufacturer offers the LDAC compression codec. Which theoretically offers data rates of 990 kb/s. A CD-quality audio file can be played back without deterioration. For comparison, the aptX codec displays a data rate of 350 kb/s. However, you will need a compatible headset.

Autonomy, it does not surpass the Xperia XZ1 Compact

Autonomy was one of the strengths of the previous generation. With a 2870 mAh battery (compared to 2700 mAh for the XZ1 Compact), one might have expected even better performance, but that’s not really the case. He’ll make it through the day, and that’s it! However, Sony offers several modes to make it last a little longer. A Stamina mode and an Ultra Stamina that limits the available applications to the minimum necessary.

A photo sensor that focuses on the essentials

On the photo side, the Xperia XZ2 Compact is doing great. Sony didn’t outbid the competition by offering a dual sensor, or even a triple like Huawei, however this single 19 megapixel module (aperture at f/2.0) offers good quality shots. The photos are detailed, without showing a large grain, the colors are faithful, however there is a slight tendency to overexposure. At the interface level, it’s very classic. There’s no frills. Only eccentricity an Augmented Reality mode to add characters or objects to your photos and the inevitable Bokeh mode. The latter is frankly bad as you can see in the comparison below with the OnePlus 5T which is equipped with a dual photo sensor. The cut-out of the foreground is imprecise, the simulated blur of the background blurs coarsely with the object in the foreground. Moreover, the blur seems artificial, the system only tries to delimit the object from the rest of the scene without taking into account the depth.

A little overlay… and applications that duplicate

Finally, concerning the interface, the Xperia XZ2 Compact runs on Android 8.0 with a light Sony overlay. You will be able to select themes, transition effects or shortcuts. One regrets the presence of bloatware, these pre-installed softwares, as well as the numerous applications that duplicate and increase the mental load of the user. All in all, the Xperia XZ2 Compact is a quality smartphone. The manufacturing quality is there, the performance is high and the camera convincing. However, there are some design elements that are regretted, such as the display that does not use OLED technology. Offered at 599€, it should satisfy users looking for a high-end smartphone in mini format. 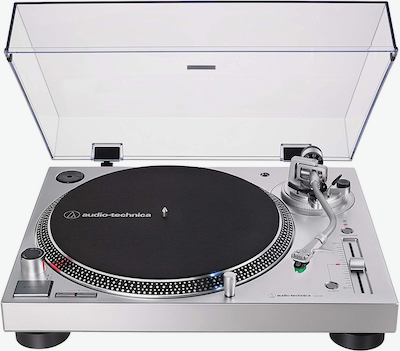 Read More
In this testimonial of the Audio-Technica AT-LP120 X, I’m mosting likely to reveal you what this preferred turntable…
Read More
0
0
0 Read More
Writing essays is a time consuming work, and it can get frustrating because you have to produce a…
Read More
0
0
0
What would you say is the most important thing when building a website? A graphic designer will surely…
Read More
0
0
0