Test of the Samsung Galaxy J6, an Efficient Smartphone but Suffers From Competition

Determined to keep its grip on the entry-level segment, Samsung has just released the J6. An efficient smartphone that nevertheless faces fierce competition.

Samsung makes headlines with the imminent arrival of its Galaxy Note 9. But the Korean giant isn’t relying solely on its high-end devices to remain the world’s biggest seller of smartphones. The good health of its J and A ranges proves it. So it’s no surprise that the firm has just updated its Galaxy J5 (2017) with a new model that looks a lot like it: the J6.

The Samsung Galaxy J6 at the best price

While its predecessors have worked particularly well, the latter now faces smartphones with a formidable price/performance ratio. With this smartphone, does it still have the arguments to dominate the entry level?

The look of the J6 is pretty much the same as the recently released A6. Suffice to say that it will not surprise fans of the brand. This does not prevent it from having good finishes. The front side is occupied by a 5.6-inch Super Amoled screen (with an 18.5:9 ratio) while the rear side is covered by a smooth-touch plastic shell, but rather commonplace. The side borders are rather thin, resulting in a body/screen ratio of 77.6%. The display is clearly one of the strengths of the device. Although its definition is a little low for 2018 (1440 × 720 px), this tile offers a very appreciable natural colorimetry and an infinite contrast ratio. Those who like more shimmering colours will still be able to change the display profile in the settings. The brightness can be increased thanks to a very useful “outdoor” mode, but it is regrettable that it does not automatically adapt to the environment. A problem when the screen is supposed to be the highlight of the game. The grip is pleasant and the volume and ignition buttons are easy to reach. The same goes for the fingerprint reader placed under the photo sensor which reacts quickly even though we would have liked it to be a little more prominent. On the left side of the window there are two separate trapdoors. The first is for the SIM card while the second can accommodate a SIM and a micro-SD card. On the right side is the lock button and a small, very forgettable loudspeaker. There is also a micro-USB port for recharging. The overall impression of solidity is good. The Galaxy J6 datasheet is a bit dated, but will easily be suitable for moderate use. Here we find an Exynos 7870 8-core Cortex A-53 chip with 3 or 4 GB RAM (different versions) and 32 GB of storage expandable via MicroSD. A SoC that will be used to run Android smoothly and allow you to take advantage of multitasking without real concessions. Sometimes the smartphone freezes when it’s overwhelmed by stains, but that’s something you can see on any entry-level chip. For those new to the sport, it offers a completely acceptable surfing/social networking experience.

The Xiaomi Redmi Note 5, The Xiaomi Mi A2 and the Galaxy J6

That’s obviously another matter. Equipped with a Mali-T830 chip, it’s not really destined to make headlines. With his score of 62611 under Antutu, he will do well on less greedy games or 2D, but this is clearly not his forte.

It should be noted, however, that it heats up very little. Even in intensive use, it does not exceed 35 degrees, which is not necessarily the case for some of its competitors.

On the audio side, we note the presence of a jack port on the lower left edge. Distortion is minimal and the sound is clear and powerful enough for headphones. That’s a good point.

The Samsung Galaxy J6 runs on Android 8.0 Oreo with version 9.0 of the Samsung Experience. The latest security patch (May 2018) is well installed.

Those who have used a Samsung recently will not be caught off guard. We remain quite close to a stock version of Android, although some actions (access to settings for example) differ. The application drawer and the docked icon bar respond. The OS is enhanced with some exclusive applications such as S-Health or Samsung Note and we note that the Microsoft suite is directly installed.

Samsung offers a facial recognition system rather fast, but easily bypassable. If you’ve used an Android smartphone before, you shouldn’t feel confused.

Entry-level smartphones have never shone in terms of their photographic capabilities, and the J6 is no exception to the rule. Its unique 13-megapixel backside sensor (opening at f/1.9) provides acceptable shots as long as you take your time (don’t shake) and have very good light conditions. Paradoxically, when the light is a little too strong, the image can quickly appear overexposed or even burned. We also notice that the general colors are rather dull, and that the whole lacks pep. The observation is quite similar on the video (1080p/30 frames per second).

Photography in low light, even indoors is really bad. The noise is very present and the whole clearly lacks detail (especially in the periphery).

At the front, it’s a little better even if the light management is still complicated. The pictures are more detailed and a Portrait mode (software) is even available. The cut is quite visible (hair, ears), but the result will satisfy those who are not selfie fans. However, the trigger is very fast. As you can see, the J6 was never intended as a photophone. For those who occasionally use their APN to take a picture outdoors (at the beach, in the garden), it will suffice. Compared to some of its competitors, notably the Xiaomi Redmi Note 5, Nokia 6 or Moto G6, the pictures of this J6 look gray. It is also his only real flaw.

This is a crucial point on which the device does not disappoint. You won’t have to keep checking the J6’s battery level all the time, and it’s particularly pleasant. The smartphone can last more than two days without being recharged when used regularly. Ideal for large video consumers It is equipped with only a 3000 mAh battery, but its limited hardware and HD definition allow it to reach new heights. However, it will take about 3 hours to recharge it. That’s way too much in 2018.

The Samsung Galaxy J6 at the best price Read More
Time is running out for SFR. In the absence of distribution agreements with its main Internet Service provider…
Read More
0
0
0
Maintaining a secure software development Life Cycle is crucial for protecting the confidential, private information used during the…
Read More
0
0
0 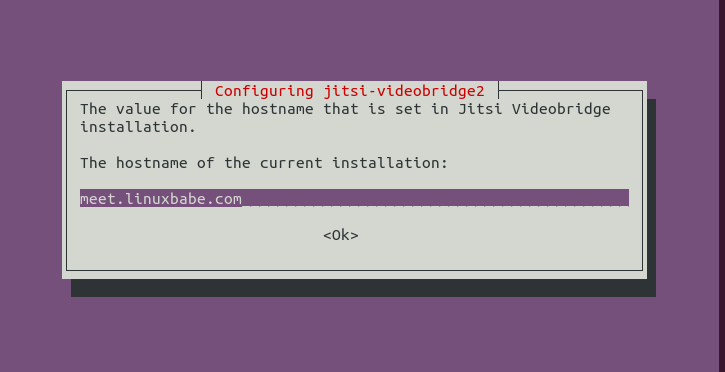 Read More
This tutorial goes to point out you the way to set up Jitsi Meet on Ubuntu 18.04…
Read More
0
0
0