Test of the Samsung Galaxy J3 (2017): a Best-seller That Would Have Deserved More Attention

The Samsung Galaxy J3 is one of the most popular smartphones in the Samsung range, not least because of its particularly affordable price. The 2017 edition was therefore awaited by many users, the South Korean manufacturer having decided to beef up its technical specifications a little more than usual. So, what is this Galaxy J3 (2017) worth? Answer in our full test.

The Galaxy J3 (2017) was made official last June by Samsung at the official price of 219 euros, but it is now easy to find it under 200 euros. In France, only one version is marketed. This is the dual-SIM version with 2 GB RAM and 16 GB internal storage (expandable by microSD card up to 256 GB). Three colours are available: black, light blue and gold. Finally, please note that the phone is of course compatible with 4G.

At this price level, it is always difficult to propose a particularly bold or stunning design. This Galaxy J3 (2017) is no exception to this rule. For lack of being original, the Galaxy J3 (2017) is a classic and serious smartphone whose ergonomics are particularly pleasant. This is partly due to the compact size of the camera, but also to the rounded corners, which make it easier to handle.

Personally, I’ve used it mainly with one hand and I’ve never had any problems using all the buttons with my index or thumb. The location of the volume buttons is in the right place on the left edge, as is the standby button on the right side.

Unlike the Galaxy J5 (2017) or J7 (2017), the smartphone is not made entirely of metal. Only the central rear part is made of this material and the frame is made of plastic. The upper and lower edges at the stern are also made of plastic with dividing lines for the antennas that form a fun circuit on the hull. For the rest, it’s a classic in Samsung’s J range, so there’s a central button at the bottom of the front panel which, alas, doesn’t act as a fingerprint reader. However, some competitors such as Honor or Alcatel offer this functionality in smartphones sold at the same prices.

All in all, the Galaxy J3 (2017) is a smartphone with no surprises in terms of aesthetics, but rather satisfying for its price. It also has a good quality finish and can accommodate both a second SIM card as well as a microSD card, which is rare in the category.

The Samsung Galaxy J3 (2017) features a 5-inch (279 dpi) screen in high definition (720p). Samsung has not done anything crazy and that’s not surprising. It would have been surprising to opt for Full-HD, which would probably have done more harm than good to the smartphone.

However, unlike last year or its big brothers in the J range, it is not an AMOLED screen but a PLS TFT LCD screen (a cousin of the IPS) that takes its place. The contrast and brightness are therefore lost. Colorimetry is also worse than last year. Overall, it is therefore a bit disappointing after last year’s model, as it seems to be regressing. No, this is not an OLED display © AndroidPIT

Fortunately, the touch screen works without any problems and the rendering is still clear and precise. Whether in full sun or in the shade, the Galaxy J3 (2017) also responded perfectly to changing weather conditions while remaining legible.

There is obviously no question of Android Oreo on the Galaxy J3 (2017), the smartphone having been made official before its announcement. However, there is some chance that the smartphone will receive the update next year, as Samsung has decided to update last year’s opus to Nougat.

While waiting for a possible update, we find Android Nougat in its version 7.0. and Samsung Experience (new name of TouchWiz, for those who did not follow the change) in its version 8.1. As for the security patch, the August patch is available. With 16 GB of internal memory (10 are actually free), it is therefore strongly advised to invest in a microSD card under penalty of annoying slowdowns. When the memory is not full, the interface is smoother, applications open (relatively) quickly. I didn’t find any particular bugs during my test. Of course, if this one is overloaded, especially if you’re multi-tasking or in too much of a hurry, the Galaxy J3 (2017) will be a bit slow. At less than 200 euros, the opposite would have been surprising.

Finally, please note that this phone also has the Game Launcher, as do the A, S and Note series devices.

In the bowels of Galaxy J3 (2017), there is a rather modest home-made processor, the Exynos 7570. It is a 1.4 GHz quad-core processor that has been combined with 2 GB of RAM. On the storage side, I repeat but it is the bare minimum with 16 GB of internal storage, fortunately expandable by microSD card up to 256 GB. In the majority of cases, the J3 (2017) is fast enough to ensure fluidity on a daily basis. It’s not a lightning bolt of war, but that’s not the point of the motive, let’s be clear.

On the graphics side, we find the now rather old Mali-T720 graphics chip. In concrete terms, this means that you have to say goodbye to games that are too energy-hungry, otherwise you will experience rather unpleasant slowdowns and a serious lack of fluidity. Asphalt 8, for example, is rather disappointing on this type of device. So I wouldn’t recommend it to the big players.

You can get a more theoretical idea by looking at the results on the benchmarks below. You will notice that this Galaxy J3 (2017) does not particularly shine in this exercise.

Don’t expect miracles on this side. Galaxy J3 (2017) fulfils its mission but does not go beyond that. It has a single loudspeaker that performs quite well. Its positioning on the right side of the device is nevertheless awkward because it is not very ergonomic, especially if you are playing a game or watching a video in landscape mode. Luckily, for calls, it’s more than enough.

The same is true for the audio output, which is in the middle range. The earphones provided in the box are for troubleshooting but will not provide you with the best possible audio quality

The speaker of the Galaxy J3 (2017) is in a rather inconvenient location. © AndroidPIT

As far as calls are concerned, the voice is clear even in noisy environments. The phone also picks up In practice, the J3 (2017) is quite average. He’s not the worst student in this area, but he’s not the best. If the photo is the main criterion for you, it is not the model that I will recommend. A Moto G4 Plus or a 2017 Huawei P8 Lite are more to their advantage in this field. The front camera is a bit disappointing. © AndroidPIT

In terms of quality, when the light conditions are good, the camera on the Galaxy J3 (2017) does quite well. There is a lack of detail and the backgrounds are often quite bland. Focusing is also a bit slow but the reactivity is there and it is possible to take a series of shots on the fly without encountering any problems. In low light, however, it is a bit more problematic because the sensor of the Galaxy J3 (2017) is not able to pick up enough light. As a result, there is a lot of noise on the pictures and the photos are often blurred.

The front camera also gives fairly average results. The selfies are a little out of focus. Also beware if you want to use the flash. This one sometimes does more damage than good. Finally, on the video side, it is possible to film in Full-HD. The result is actually good and I find the quality of the videos better than the photos. The Galaxy J3 (2017) camera application is predictable and easy to use. © AndroidPIT

You can get an idea for yourself by looking at our photos:

It’s a little less good than last year, but the smartphone is capable of ensuring a carefree day of autonomy under real conditions in intensive use. If you’re not too greedy, it will even be possible to extend the autonomy of your smartphone a little more and even spend two days without going through the recharge box. In the settings, you can activate two power-saving modes to improve your autonomy.

Unsurprisingly, the J3 (2017) does not offer a quick charging system (count 2 hours) or even a USB Type C socket. The J3 (2017) will just be criticized for the fact that the battery can’t be replaced, which was still a great advantage of the predecessor.

No USB Type-C plug but a mini-jack socket. © AndroidPIT

The Samsung Galaxy J3 (2017) is a good Android smartphone that will suit users looking for a versatile, reliable and affordable smartphone. If the latter does not really stand out in a particular area, except in the area of autonomy, J3 (2017) fulfils the mission entrusted to it. Its classic design, the reputation of its manufacturer and the fluidity of its interface explain why this smartphone is so successful in stores. One would have simply hoped for a little more change from last year’s model and a few innovations, such as a fingerprint reader.

Its classic design, the reputation of its manufacturer and the fluidity of its interface explain the reasons for the success of this smartphone.

Anyway, if you’re looking for a smartphone for less than 200 euros, this Galaxy J3 (2017) may be just the thing for you. Just know that there are now many alternatives in this price range (Moto G4, Honor 6X, Wiko View…) and sometimes offer more than the J3 (2017), the Samsung brand less.

Read More
Every bike exploring wheel requires a split individuality. We placed a great deal of miles on our bikes…
Read More
0
0
0 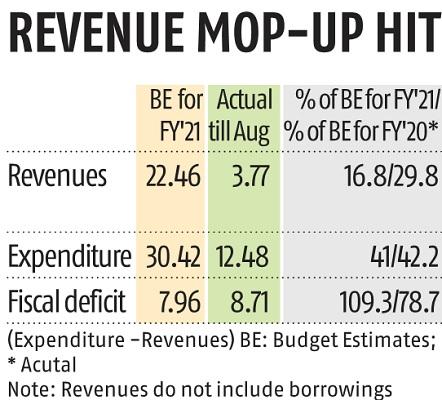