Between the arrival in force of Chinese manufacturers and its UAV projects abandoned in the field, GoPro has gone through difficult years. The new sports camera Hero7 Black is supposed to sign the return to grace of the brand with a resolutely high-end product. The manufacturer promises an important development in the field of image stabilization and creativity.

Thus, an incursion into the world of social networks is made with the possibility of launching a Live Facebook or YouTube. GoPro still remains the reference in the action-cam field, but the company really needs to offer a plus to stand out from excellent Chinese competitors such as Yi and its 4K, admittedly not as good technically but offered 200 euros less…

Design, nothing changes since 2 generations

To say the least, GoPro hasn’t exhausted the neurons of its designers. The GoPro Hero7 Black is identical to the Hero6 Black, which was itself a copy, aesthetically at least, of the Hero5 Black.

Even the positioning of the buttons is identical, only an imposing logo “ Black 7, on the right side, really distinguishes it from the rest of the family. On the other hand, the lines are very effective, for a compact (62.3 x 44.9 x 33 mm) and lightweight (116 g) product that fits in the palm of your hand. The rubber-coated shell is very pleasant to the touch and above all solid. Here we have a product that resists falls and is watertight up to 10 metres without the need for a caisson. The small case that comes with, “ the Frame ”, is there to pair the GoPro Hero7 Black with the myriad of accessories in the GoPro ecosystem. If we regret the lack of originality, we must admit that this dated design remains very effective and rather aesthetic.

Ergonomics, simple but not always obvious

This camera offers the same physical ergonomics as its close ancestors. Thus, the bottom slice hides a hatch containing the battery, as well as the microSD card port. Another advantage of keeping the same design is that the old GoPro Hero 6 batteries work perfectly on the 7. On the right side, a second trap door hides the HDMI output and the USB3-C port. On the left is the Power Button which is also used to change the capture mode (accelerated, photo and video), and on the top is the shutter release. On the front, a small monochrome display gives information such as battery level, number of videos, number of photos recorded, or active mode. So far, this is very simple, but it gets more complicated when we get into the software interface. Everything is done via the 2-inch colour touch screen on the back. Sliding your finger on it from top to bottom gives access to functions and settings, but the screen is not too small for easy use. Moreover, the interface does not have a back button and does not make the selections very easy to access. It really takes time to master it properly and it does not prevent many false manipulations. Many people would rather go through the mobile app than get angry tapping on the screen. There are some quirks as well. During recording, the display does not show the battery level. To access this information, you must consult the small monochrome screen on the front. Not very practical if you’re on a vehicle…

The app is much more practical and fast to prepare your shots. Especially since the connection to the camera is very simple. To start taking pictures or videos, simply click on the record button on the screen or directly on the big red button on the camera. The whole thing is very clear and intuitive, a success.

GoPro has added a voice command to turn it on, turn it off, start a video, stop it, or capture a photo. The idea is excellent and very practical to use. It works well indoors, outdoors and even on the street, if you can carry your voice far enough. As soon as the noise level is too high, on a vehicle or when the wind is really strong, the efficiency drops on the other hand. If you have a powerful voice, try it anyway. Being able to launch your video without taking your eyes off the road always brings more security.

The live or almost live

Big news at GoPro is that we now have the ability to do a Live shot using the Hero7 Black to film. First disappointment, only Facebook and YouTube are supported, no Instagram, IGTV or Periscope. Two broadcasting modes are offered, the 720p and the 480p with the requirement to have an active internet connection on your smartphone.

The system still needs to be improved, we had to go over it several times before we got a stable signal. What’s more, the GoPro’s Battery Life takes a real slap in the face and drops to less than 30 minutes.

The GoPro Hero7 Black features a 12 MP sensor that offers two viewing angles: linear and wide. The latter has the defect of generating a small distortion of the image. If a RAW mode is available, it is only available in Wide mode. It is impossible to understand why, especially since in practice the linear mode will surely be the most used. The rendering of the pictures is quite good with details and a fairly accurate image, for an action camera of course. Contrast is well treated, as is light, only a sun directly on the lens will weaken the autofocus. Note that the basic colorimetric profile simply called GoPro tends to boost color saturation, making reds more intense and blacks deeper. This gives a more flattering, but less realistic picture. If you’re looking for the natural, the flat profile will be preferable. In low luminosity and at night, the result is always deteriorated by the very present digital noise and the degraded colorimetry, the performances are thus very limited but this affects all the products on the market. By switching to Night mode, however, we get more precise, better defined and less noisy shots. On the other hand, this is paid for by a rather long shooting time. Moreover, this reproach concerns the entire photo mode of the camera. Count 2 to 4 seconds between each photo. It’s not uncommon to get angry at the button in the hope of making it react faster, but it’s a waste of time. GoPro finally adds a SuperPhoto mode, but it’s actually just a renowned HDR. The difference is not always obvious. The theoretical gain in detail is not obvious. Certainly the colours are more saturated, the blacks deeper, but this will only be noticed on a few shots, taken at the right time. Not very useful, especially since image processing takes time and further lengthens the time between photos. In its communication, GoPro puts a lot of emphasis on its new stabilization technology called HyperSmooth. In practice, it is always an electronic image stabilization, which induces a loss of field of view of about 10%. This being said, it must be admitted that the result is very good, significantly better than with the previous model itself. On cobblestones on a scooter or on a dirt track on a quad, we have almost no parasitic tremors. By hand, ditto, unwanted movements are totally compensated.

It is now possible with a GoPro to film very stable shots without using any special accessories. However, this system always has its limits and in the most difficult situations, it will be better to use an accessory anyway. To finish with the stabilization, we appreciated to finally be able to use it in 4K60p, which was until now impossible.

As for pure picture quality the 12 MP sensor still produces excellent video. The colours are vivid, the contrast high. The image offers a lot of detail and is very accurate. The animation is not to be outdone with videos of a very nice fluidity in 60p.

GoPro also offers several creative modes with its Hero7 Black. The Time Warp allows you to capture video in accelerated mode, while taking advantage of image stabilization. Implementation is straightforward. Just choose the speed (x2, x5, x10, x15, x30), hold the camera and you usually get a very nice result.

There is also another mode that looks more like a photo timelapse. With the accelerated video mode, you get a succession of photos assembled to give a deliberately jerky timelapse effect. Slow motion effects are not to be outdone either, thanks to comfortable recording rates that allow the most beautiful waterfalls to be broken down very precisely. An important detail: the noise of the wind at high speed is much less invasive than before. GoPro has really improved the sound and that’s great news because that’s often the weak point of sports cameras

Having such a toy in your hands makes you want to use it again and again. But no luck, the autonomy has difficulty to exceed 1h15, even if you pay attention to the consumption, while the Yi 4K allows you to reach 2 hours. If you’re going on a road trip, one or two extra batteries are not to be sneezed at.

The GoPro Hero 7 Black is a mainly software evolution of the Hero 6. But the changes made are far from insignificant, including more creative and accessible shooting modes for the general public. The stabilization really makes the difference to make this action-cam a very versatile product in use. All in all, the Hero7 Black is certainly the best of the top-end Action Cams this year again, but its price remains as always very high and the camera is not revolutionary either. Read More
Apple is said to have decided not to call its next cheaper smartphone iPhone SE 2, but iPhone…
Read More
0
0
0

Read More
Is It Time for ANFA to Modification Its Call? On Combining ANFA with the Salk Institute for Biological…
Read More
0
0
0 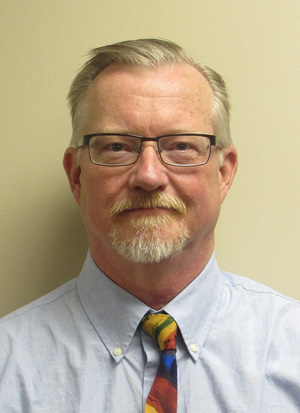