Test Gears 5: an Ultra-mature Pc Port of One of the Best Xbox One Games Ever!

Three years after Gears of War 4, on which The Coalition had to prove that it could take back the throne left vacant by Epic Games in 2011, Rod Fergusson and his henchmen are once again heating up the chainsaw. The Episode That Changes Everything, Gears 5 ?

A little bit. Maybe I am. Not at all. We’re a little lost, actually. And so is The Coalition, which is caught in a dilemma: how can you make a formula you created yourself evolve, without losing the fans from the beginning?

The answer is actually quite simple: by doing in half measure. By not touching anything, or almost anything, at the heart of the gameplay, and by building on it various ramifications that could thicken the whole. Did The Coalition succeed? Pretty much, yes! In fact, Gears 5 is probably one of the best episodes of the series – which he skillfully manages to rid of some of the slag.

Gears 5 is available since September 10th on Xbox One and PC. It is playable at no extra cost for Xbox Game Pass subscribers and, on PC, Xbox Game Pass Ultimate

An adventure more narrative than ever

Something strikes immediately when you launch Gears 5 (besides its stunning beauty, which we’ll come back to below): its cinematics seem to have received a lot of attention. The shots are tighter, the characters more expressive. Gears 5 is a more narrative game, which carries a more intimate purpose than its predecessors.

Kait is the new face of Gears of War


Kait, faithful partner of J.D. Phoenix in the previous episode, plays the starring role here. Prone to chronic migraines (and the visions that accompany them) after her mother bequeathed her a mysterious medallion, she begins a quest for truth that will allow her – in the process, it never hurts – to protect humanity from yet another invasion of Locusts (or vermin, or sires… we don’t know anymore). Kait’s character is well developed during the adventure.


Not that Gears is following the same path as God of War in 2018. The Coalition is not dealing the cards here. He’s just trying to get a stronger hand. Might as well write it: while the narration of Gears 5 shows nice progress, the script is still sewn with white thread. We are also rather badly off in terms of dubbing. Yes, Gears 5 is one of those games that offers absolutely no way to switch to a different language. Good luck with that.

While the exhibition scene in Gears 5 suggests that we’re embarking on an adventure different from previous episodes, it doesn’t take long to get back on track. Yes, it is always necessary to take cover before you can jump over an obstacle. In 2019. It is always impossible to cross an obstacle without taking cover first.


And taking cover, you’re going to do that a lot. All the time, actually. Since for the three in the back that didn’t follow anything, we are dealing here with a cover and shooter. The levels are a succession of corridors in which we are punctually confronted with hordes of enemies that must be beaten without passing the weapon to the left. 
But Kait and her boyfriends aren’t alone in their adversity. The Gears find here Jack, the flying drone from the first opus, who now occupies a prominent place in the confrontations. The robot even has a tree of skills that can be improved to electrocute more enemies, improve the protective shield it can provide, or even allow the entire squad to make itself invisible for a few moments to sneak behind enemy lines.

Bonus: Jack is also playable in cooperation. A great idea to initiate someone who is not used to video games by offering him a support role.

The Gears series has always served as a technical showcase for the Xbox, and Gears 5 is no exception. Dazzling, the game is also perfectly optimized for the console and PC. Need we remind you that Gears 5 runs in 4K at 60 fps on Xbox One X? 
On PC, the porting is of excellent quality. One of the best ever even sees a very enthusiastic Digital Foundry. For good reason: the number of graphic options allows a very precise and granular adjustment of the visual effects.

If the game is not compatible with Ray Tracing it is equipped with many sliders allowing to play in depth with the rendering. We particularly appreciate the possibility of super-sampling or down-sampling the graphic rendering in order to display a sharper and more detailed image or, on the contrary, to regain some fluidity in exchange for fewer pixels. The lighting effects are superb


Concretely, the game could be browsed from A to Z in Ultra at 1440p without ever falling below 70 frames per second, even in the most visually charged moments (the last act: a real Maxi Best-of menu).

On another note, Gears 5’s many accessibility options are also to be commended, making it a model in this area.

A generous and more open game, but was it really necessary?

Gears 5 carries a major new addition to the saga: open areas. Or should we say semi-open. Indeed, of the four acts in The Coalition’s game, two take place in areas that are covered with a Skif: the strange encounter between a snowboard, a jet-ski and a kite-surf. Gears 5 gets open zones for the first time ever


An open area necessarily means secondary quests. The Coalition lazily ticks this box in the specifications, and offers only activities that are as soporific as they are justifiable in terms of obtaining new improvements for our drone robot. Not that you can’t finish the game without them, but you have to admit that unlocking them all adds a lot to the fun of the game.

In the end, these two open areas (one in the ice, the other in a desert of absolutely sublime red sand) almost stain the overall experience. Too empty, too big, we come to suffer them rather than appreciate them because of the time they make us lose. Maybe the studio will manage to fine-tune its formula during an upcoming episode that we can see coming from afar? Some will say that Gears of War is one of the least evolved video game saga of the last 10 years. Others only see it as a licence that has managed to keep its identity. As for Gears 5, he puts his buttocks right between the two chairs; between tradition and modernity, to pour into the cliché.

This fifth episode requires a great deal of staging and narrative effort. But it also has some horrendous flaws that gently take us back ten years. It will be a matter of sorting it out. To know whether, for you, this immobility is to be put on the side of identity, or laziness. Your choice will depend in part on your appreciation of Gears 5.

But no matter where you sit on the spectrum, it’s impossible to deny the great quality of this portage, which sublimates the hard work done by The Coalition to make this new opus bigger, more beautiful, more immersive and more epic. In that respect, Gears 5 is definitely a good vintage that deserves all your attention.

– A recipe worn to the bone

– A scenario sewn with white thread

Read More
Pôle emploi is preparing to experiment in some regions with a “digital logbook”, in which each unemployed person…
Read More
0
0
0
When you stay indoors, people come up with new and unusual ideas and cooking enthusiasts take the opportunity…
Read More
0
0
0 Read More
It is the tourism and travel sector that pays a heavy price for fear of a coronavirus pandemic.…
Read More
0
0
0 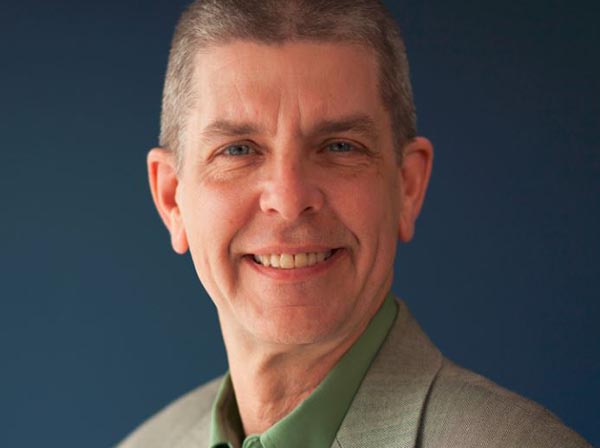