If we had to choose a tablet to watch videos for the rest of our lives, it would be the Galaxy Tab S3. With its elegant design, impressive screen and four speakers, it is truly an excellent mobile Home Cinema system. It is also the first HDR compatible tablet, even if you have to add several asterisks to this mention.

Indeed, HDR content is still far from being as widespread as HD content. But Samsung is making it a selling point against competition from the iPad Pro 9.7, Microsoft’s Surface Pro 4 and Google’s Pixel C.

The price of 679 euros includes the tablet with a new version of the S Pen that will delight all those who practice handwritten note-taking.

This option extends use to productivity and creation beyond its leisure function. However, there are some faux pas for this high-end Android tablet In addition to the shortage of HDR-compatible content, the performance for video games is not up to what can be expected from a product at this price level.

Not to mention that the keyboard sold as an option at $130 (the price in euros and availability in France are not yet known) is rather disappointing. Although it costs as much as an iPad Pro 9.7 or a Pixel C, the Tab S3 is lagging behind in performance. But if you want a bright, crisp display, great audio quality and an excellent pen are a must, then the Samsung tablet is the perfect choice. It is with video that Tab S3 shines the most. HD content is sharp, bright and rich in colour. This excellent picture quality is complemented by four speakers placed at each corner. They feature Harman Kardon’s audio technology and offer particularly powerful and clear sound, but it’s best to avoid turning the volume up too high. According to Samsung, the tablet has a directional audio system that will change the distribution of effects depending on the orientation of the screen so that dialogue is always played back over the upper speakers. But we didn’t really notice any difference. The Tab S claims the title of the first HDR-compatible tablet, a technology that improves the contrast that Ultra HD TV owners are familiar with. However, there is currently no native HDR content at Samsung and no way to find it easily. Netflix does not intend to provide this service for Tab S3.

In the end, impressive as it is, the HDR argument does not make much sense at the moment. Still, the 9.7-inch (2,048×1,536 pixel) Amoled screen will give you one of the best visual qualities on a tablet.

A design close to Galaxy S7

Most shelves are made of plastic or aluminum. The Galaxy Tab S3 is made of glass, just like the Galaxy S7 smartphone. This unique finish is comfortable and pleasant to the touch thanks to its rounded aluminium edges. The Tab S3 is available in black or silver. We tested the silver version that didn’t expose too many fingerprints. But we also saw the model in black which is a real magnet for him. Like Microsoft’s Surface Pro 4, the Galaxy Tab S3 comes with a stylus and some spare leads. This is a new version of the S Pen used in the Galaxy Note Featuring a single button and an oblong design to prevent it from rolling when placed on a table, it is comfortable to hold and glides over the screen with the softness of a ballpoint pen. Another great advantage is that it does not need to be recharged or synchronized. The software integration was also very well thought out. Simply press the button and touch the screen (unlocked) with the lead to call up a customizable context menu that you can use with your favorite applications.

You can also take notes very easily when the screen is idle by pressing the button and the screen together to open an input window. Personally, we didn’t expect to enjoy S Pen so much because we are not a fan of the concept. But its use proves to be bluffing of fluidity, whether it is for writing or colouring.

Of course, there is an adaptation time to find the right level of pressure, but apart from that the grip is rather easy. The software interface associated with the pen was more than sufficient to cover all our note-taking needs. One of the most disappointing things about Tab S3 is its keyboard case. With a magnetic attachment system similar to that of the iPad Pro 9.7″, it’s not very pleasant to use. The layout of the keys (not backlit) is narrow, it does not automatically turn off the display when the case is closed, and it may not respond even when properly connected. In the end, his only asset is the sheath for the S Pen. We also encountered a bug displaying the virtual keyboard once the physical keyboard was unplugged and we had to restart the tablet to fix the problem. Another fault is that the tablet goes into standby mode as soon as the keyboard is disconnected. Fortunately this accessory is sold separately. But those who really need a keyboard should consider other options.

For everyday use including note-taking, email, web surfing, HD video streaming, and basic video games the Tab S3 has proven itself to be very comfortable.

On the other hand, complex games such as NOVA 3 : Near Orbit or Hearthstone were a little slow to load. But the graphics were beautiful and flowing.

However, the Tab S3 ranks behind the Pixel C and the iPad Pro 9.7 on the 3D Mark bench. The games may look great on this screen, but the performance is not up to the competition. As far as autonomy is concerned, it is quite satisfactory. We performed a video playback test in HD 720p and it lasted 12 hours and 4 minutes. If the iPad Pro 9.7 and Pixel C don’t provide a stylus for the same price, their performance is at least as good as their high-end status. The Galaxy Tab S3 and its Oled screen/four speakers offer unparalleled comfort for watching videos on a tablet. Its stylus makes it a very effective note-taking tool. The HDR function is a bit superfluous at the moment, but it is promising for the future.

For the same price, you can opt for a more productivity-oriented shelf. The iPad Pro 9.7 and Pixel C offer more efficient keyboards and better performance with Video games But if you first want a really good tablet for watching videos, then the Galaxy Tab S3 is our favorite model. Read More
Bruce Campbell claims himself as a “ acteur series B ”, but his prolific career, not only as an actor…
Read More
0
0
0 Read More
For the holidays, you may have gone to an Airbnb accommodation, like about 8 million French people Were…
Read More
0
0
0 Read More
For area researches, glass thermostats are typically as well as thoroughly made use of. So: Below we are…
Read More
0
0
0 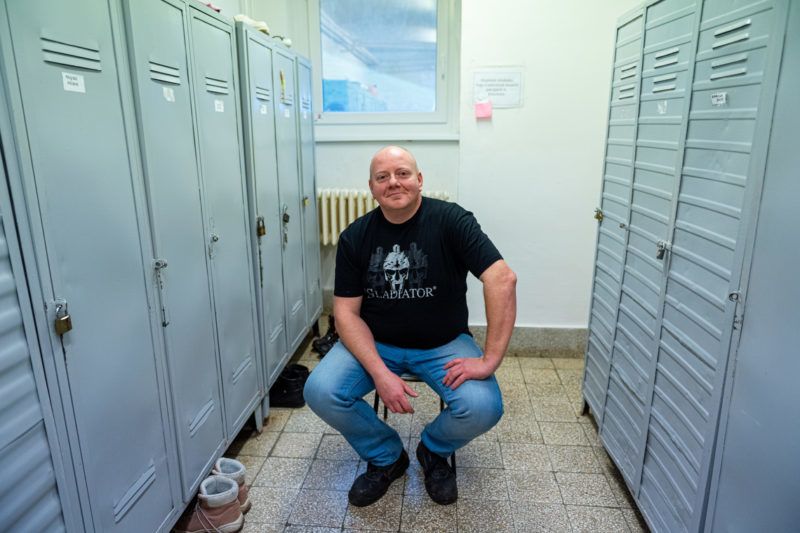 Read More
Széchenyi can not be from any person, there is no opportunity of recording the name without accents and…
Read More
0
0
0