Red Dead Redemption 2 : the Game is Too Heavy to Fit on a Single Blu-ray

Last week, we learned that the game Red Dead Redemption 2, which will be released on October 26th, will be very heavy since it requires a minimum of 105 gigabytes of free storage space to install it, forcing some to make room on their hard drive Today, we learn that the boxed version will not be on a Blu-Ray, but on two discs.

The next big hit of Rockstar Games takes a lot of space and not just a little bit since the boxed version will include 2 Blu-Ray, is what you can see on the Japanese cover of the PS4 version since you can see the double disc logo.

Moreover, on GameStop, you can see that the box is much thicker. Concerning the Xbox version, no doubt that there will also be a double disk since both consoles share the same support. For comparison, GTA V requires about 42 GB of storage, almost half as much as Red Dead Redemption 2.

Chances are that soon we will see an increase in hard drive sales for PS4 and Xbox One. Thank you Rockstar Games!

Read More
You need to scan a document, but don’t feel like investing in a dedicated machine? Are you in…
Read More
0
0
0
Kim Honghee’s assortment of pictures, The Inward Eye, is now obtainable for viewing on-line and captures empty…
Read More
0
0
0 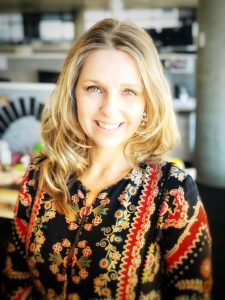