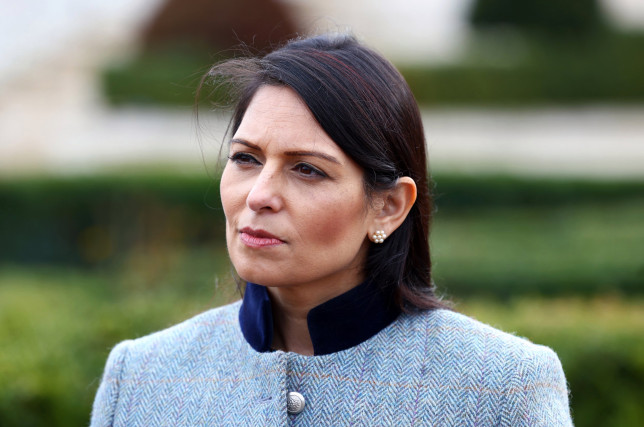 Under the new reforms, migrants who cross the Channel illegally will find it harder to get asylum, a change Mr Patel described as fair but harsh.

Honesty may be the badge she wears in this ad, but the reality is quite different.

The new plan is based on the idea that there are two types of refugees: those who arrive in Britain through resettlement channels and those who enter illegally. For the first time, whether someone enters the UK legally or illegally will affect the progress of their asylum procedure. The Government’s proposed changes suggest that only those arriving along the resettlement route will receive support.

However, it is a fact that less than 1% of the world’s refugees choose to enter a resettlement program. The rest of us should just stay and die? Or should they do everything in their power to save themselves and their families? I know what I would do.

Being a refugee means you probably don’t have a passport, which also means you don’t have a visa. That’s the problem with oppressive regimes – they don’t do everything by the book. So it’s not really fair to say that a desperate refugee traveling illegally doesn’t deserve our help.

And it is unfair that the cornerstone of the new UK asylum plan is to deny help to desperate people who have no other way out.

Just because someone pays a smuggler doesn’t mean they don’t need real protection, quite the opposite: Desperate people must do anything to survive.

Care4Calais is on the road 365 days a year in the north of France to help people in need. We provide food and clothing to people who would otherwise not get it. I work with refugees every day and they all know one thing: life is not fair. 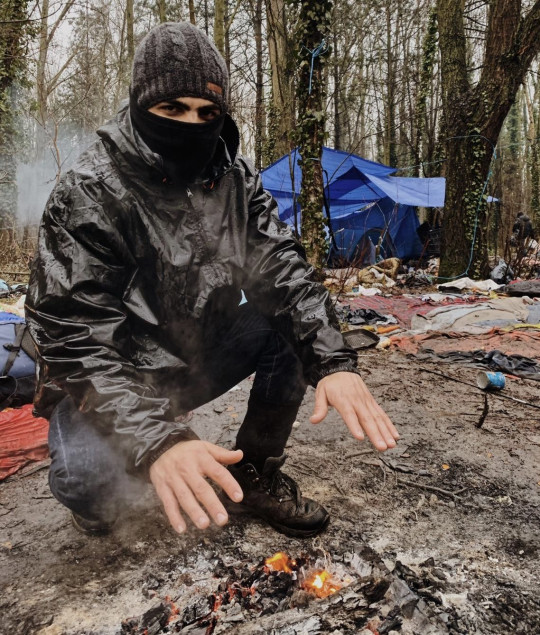 I sit and talk with refugees who have become my friends. ….. They laugh with me despite their difficult situation (Photo: Kieran Ridley/Care4 Kale).

Reading this new plan makes me unbearably sad. Being a refugee is not what you are, it’s what happens to you.

Imagine a man losing a child in a house fire, or a disabled woman in a car accident. It’s not their fault – it’s just bad things that happened to them that ended up changing their lives forever.

I sit and talk to refugees who have become my friends: the sweet boy who left home at 13 when his parents were killed; the quiet man who was so horribly tortured in Iraq; the woman who brought two small children here herself – God knows how.

They laugh with me despite their terrible circumstances, and that gives me respect for the power of the human spirit. They also help me in my work, from handing out help to translating the sea of languages we encounter throughout the day.

But at night they are in small boats, braving huge waves, fighting for their lives just to be safe. Smugglers don’t let them do that. It is this government that can offer them no other way – a safe way to get British asylum without risking their lives.

Passing through a safe country does not mean you are no longer a refugee, but the government is proposing to deny asylum to all refugees who have entered Europe.

But why would the UK not grant asylum to refugees who fled in this way? The British are no less compassionate, and we are no less considerate of our neighbours than our European neighbours.

I know this because when the pandemic hit Care4Calais, more people came to help the refugees by donating or volunteering. 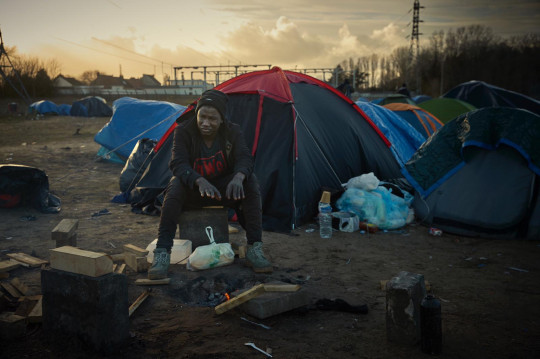 Not everyone in this country wants to turn their backs on refugees (Photo: Kieran Ridley/Care4 Kale)

The UK already takes in far fewer refugees than Germany, France or Spain. It is recognised that throughout history refugees and immigrants have enriched the societies they have joined and filled skill gaps, including in the health sector. We should be proud and confident to help those in need, but it is not a one-way street.

The past year has been rich in lessons learned. It is clear from Patel’s new plan that this government has become more hostile to refugees who want to make the UK their home, but we have seen ordinary people stand up and support them in a hundred practical ways.

Volunteers from Care4Calais distributed clothing, shoes and food to people who had nothing. They helped asylum seekers register with doctors or find lawyers. They showed them how to get around on public transport and were a friendly face to those who were scared and lonely.

These are just a few examples that prove to me that not everyone in this country wants to turn their backs on refugees.

The right approach when refugees arrive on our shores is to roll up our sleeves and do what we can to help, and policymakers must focus on what our country can do to ensure the safety of those in desperate need. Criminalizing, marginalizing and persecuting refugees will not solve the problem.

This government’s focus on supposedly illegal travel is not only misguided, but dangerous and damaging to our society as a whole. When ministers talk about refugees with terms like illegal and criminal, terms used in the government’s new plans for transposing asylum law, it creates a negative association in people’s minds – a damaging consequence, especially when refugees are already marginalised.

I am saddened and dismayed that our leaders are dividing the communities in which we live. We need leaders who will treat refugees with compassion and respect, because they are people who simply had the misfortune of being born in the wrong place.

Of course, it’s not fair that ordinary people have to pick up the pieces when the government decides to turn its back on those who desperately need it.

But as long as refugees need support, Care4Calais is there for them 365 days a year.

MORE: I became homeless as an asylum seeker in the UK.

MORE: As an activist asylum seeker, I know how valuable refugees can be to the UK.

MORE: I am an immigrant, but because I am white, I have never been treated like one.