After France, Netflix applies its price increase to Belgium. The basic formula does not change but the HD and 4K formulas increase by 1 and 2 euros.

[Updated on 17 January 2020 at 9:58 am] A few months after Netflix applied its tariff increase to France and other European countries, it is now the turn of Belgian subscribers to pay. The SVoD platform has just increased its rates… The basic rate, at 7.99 euros per month does not change. But the other two formulas, HD (the most popular) and 4K yes. The first increases by EUR 1 to EUR 11.99 per month. The second by 2 euros to 15.99 euros. The price to be paid to enable Netflix to finance the arms race imposed on it by competition from players such as Disney + or HBO +. Netflix is expected to spend no less than $18.5 billion this year to develop its own content. For France alone, the platform has earmarked a budget of 100 million euros to produce 20 films and series on French territory.

The Netflix offer has been available in France since 15 September 2014. The SVOD (subscription video) platform then had 50 million subscribers worldwide. There are now 158 million of them, including just over 58 million in the United States In France, Netflix has nearly 6.7 million subscribers, announced Reed Hastings on the occasion of the opening of the Paris offices. The company was founded in 1997 by Reed Hastings in California. Initially positioned as a platform for renting or selling single films, Netflix switched to subscription in 1999 and entered the Nasdaq in 2002.  The company is expected to have sales of $15 billion in 2019, according to Reed Hastings’ estimates. Netflix offers three types of subscriptions at rates of €7.99, €11.99 and €15.99 per month.

At Netflix, the first month is always free and the subscription gives unlimited access to the platform, regardless of the medium: computer, television, tablet or smartphone. The subscription, which can be cancelled at any time, comes in three formulas and as many prices:

The SVOD giant implemented price increases in the summer of 2019 in its major European markets. The Standard and Premium offers have thus increased by one euro and two euros.  As a reminder, Netflix reserves the right to change its prices following the addition of new features or new programs. since its launch. The platform has already done so, in October 2017, by increasing the price of the Standard subscription from 9.99 euros to 10.99 euros per month and that of the Premium offer from 11.99 euros to 13.99 euros per month

The Netflix subscription is non-binding, so you can unsubscribe at any time. The first month is free and Netflix will send you a reminder message three days before the end of the trial period to remind you that you will have to pay next month. How do I sign up for a Netflix subscription? It couldn’t be simpler. Just go to the Netflix website or application from any device and once you are on this page you need to…

Note that nearly 1 in 5 users borrow the IDs of someone close to them to consult a SVOD service such as Netflix, Hulu or Amazon Prime Video according to a recent study by Cordcutting.com. For a giant like Netflix, with nearly 140 million subscribers worldwide, the shortfall is enormous. Especially since the SVoD platform is the most affected with an average duration of 26 months of viewing per hack, compared to 16 months for Amazon and 11 months for Hulu. On Netflix, arrangements between friends are in fact made within the family. 48% of non-paying users use their parents’ codes and 14% use their siblings’ codes. 7.99 per month for the basic subscription, the company estimates the loss to Netflix to be nearly $192 million per month. Over one year, that’s nearly $2.3 billion that would be lost to Netflix. Not insignificant for a company that is expected to have sales of $15 billion in 2019.

The success of Netflix was built first and foremost on the many original creations that the platform has offered over the years. These include, in bulk, House of Cards, Orange is the new black, Stranger Things The OA, The Crown, Narcos, Sense8 and Ozark. Netflix has also tried its hand at cartoons with productions such as Bojack Horseman or Disenchantment, Matt Gröning’s new series. Aware of the importance of cultural particularities in Europe, Netflix CEO Reed Hastings also wanted to launch local productions. In France, the platform produced the Marseille, Plan Cœur and Osmosis series. In Germany, it is the Dark series that is doing well.

Of course, Netflix has to get its hands on the wallet to bring all these series to life. After injecting $8 billion in 2018, the group could increase this financial surface area in 2019 by raising it …to $12 billion. That’s double what he invested in 2017. This amount also relates to acquisitions of rights that allow Netflix to host content produced by other studios such as the Harry Potter films or the Friends series, for which Netflix did not hesitate to pay $100 million to continue to broadcast it until 2019. While a giant like Disney plans to launch its own video content platform, Netflix faces a real threat. Nearly 20% (in number of hours) of the content available on the platform belongs to groups that already have competing services or will launch one in the coming months, according to a study by Ampère Analysis.

The Netflix application can be downloaded directly from the Apple Store or the Google Play Store. You can access Netflix from your browser by going to Netflix and logging into your account or creating an account. If you have a Windows 8 or Windows 10 computer, you can also download the Netflix for Windows application.

Note that Netflix allows some of its content to be downloaded for later viewing, even when the user does not have a network. Not all content is downloadable on Netflix. To find the ones that are, just go to the Downloads menu at the bottom of your account home and press Find Videos to Download.  Note the existence of a smart downloads feature, which allows you to automatically delete a downloaded episode after viewing, on iOS, Android and Windows 10.

Netflix on Canal Plus

After years of war, then months of negotiations, Canal Plus and Netflix finally reached an agreement. Netflix has been available to Canal Plus subscribers since October 15 via the Ciné/Séries offer. Introductory price: 34.90 euros per month   Subscribers can use this pack to access Netflix programs, the Standard offer, as well as OCS channels, Ciné + channels and Canal+ Series, the SVOD service launched in March by the encrypted channel. Note that Canal Plus customers will be able to subscribe to Netflix directly via their Canal Plus box at Netflix prices.

While discussions between Free and Netflix have long been a hot topic, the platform is now accessible directly from the new Freebox. The Netflix Essential subscription is offered to Delta and Freebox One Freebox customers at no extra cost. To take advantage of the multiple screen offers and HD or 4K images, you’ll have to spend more. Count an additional 3 euros for Netflix Standard and 6 euros more for Netflix Premium.

Orange Internet customers can access Netflix from Orange TV, from the Netflix Orange channel on channel 70. Simply access the video pass list from the Livebox Play Orange decoder or the TV 4 Orange by pressing the menu key on the remote control Then select the Netflix video pass. After choosing their Netflix bundle, subscribers can directly choose to pay via their Orange bill.

Box or Mobile customers can subscribe to the Netflix option via SFR and view their content on their smartphone and PC. Those who are equipped with a Decoder Plus or a THD 4K box can use Netflix from their SFR equipment. The option is billed by Netflix but deducted by SFR from the bill. 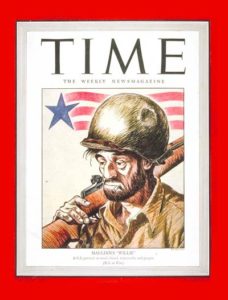 Read More
Expense Mauldin was a young musician in The second World War that developed an animation including 2 mud-covered,…
Read More
0
0
0 Read More
Backwards. While most mobile phone players are waging a merciless war over technical specifications or the number of…
Read More
0
0
0