Football fan? This summer, you were probably looking for a streaming site to watch one of the many matches of the 2018 world cup And this autumn, you are probably still looking for a platform to watch the upcoming Champions League matches via pirated and illegally streamed online video feeds.

Why not follow your team on RMC Sport Canal+, or beIN Sports? Quite simply because these official broadcasters of football matches often have bugs, they do not offer all the matches and it is sometimes complicated to enjoy these channels on its box operator (especially the case of RMC Sport which won the whole Champions League).

Just like when you have to juggle Netflix, Amazon Prime OCS and Canal Play to watch your favorite shows, and you decide, without any scruples, to go for illegal streaming sites like Download Zone clones – because it’s free and it’s all there, all at once.

The best part is that you don’t even have to search for sites, if you have the right equipment. Today, it is easy to buy for around thirty euros, on commercial sites such as Alibaba, Gearbest or Aliexpress, a Kodi – a multimedia player that allows, once the right plug-ins are installed, to have access (illegally and permanently) to an unlimited source of sports videos.

As a result, according to a report by the Centre National du Cinéma and the Médiamétrie institute, the viewing of sports events via illegal Live streaming brought together one million French Internet users every month in 2017 – around 20% of the audiences traditionally achieved by TV channels, a third of French viewers. On 14 February, for example, at PSG-FC Barcelona, 332,000 people watched the match on pirate sites, rather than on beIN – which in turn counted 1.8 million viewers Another figure, taken from a study commissioned by beIN Sports is that some 3.5 million French Internet users watch football competitions in Illegal streaming half of them on a weekly basis.

Live sports streaming sites such as LiveTV, RojaDirecta and Cricfree, offer more than just football, of course, and a whole range of sports to watch, from basketball and rugby to tennis, cycling and ice hockey. Often, the quality of the events broadcast is surprisingly good. No more pixelated players and cuts: illegal streaming is now more and more in high definition… and fluid. Of course, it can happen that your video reels (when the visitors are really, really numerous, saturating the bandwidth), but this case is more and more rare. Like real professional platforms, the hundreds of pirate sites (900 are currently monitored by Médiamétrie) offer “community” spaces – such as forums or chats – alongside these matches. Often you have to register to access it. And the sites that n’t make you watch ads to get paid offer you a subscription, at a price comparable to beIN or RMC Sport except that this time, all the meetings and all the sports are included. But how do streamers, those who broadcast all these images, manage to achieve such quality, and to gather so many visitors (millions) without ever flinching? Let’s start with a little technical explanation: the streams that enter and leave the digital decoders and “Boxes” connected to the TV by an HDMI cable are normally protected by HDCP 2.2, the latest copy protection encryption system.

“But in this standard, there is an aspect of backwards compatibility with HDCP 1.4, which is a completely broken technology: skillfully, using ‘hacker-ready’ boxes, hackers manage to make it look like a 1.4 module is requesting content from a 2.2 module… and as a result, the 2.2 protection is removed. Then they remove the 1.4 protection, which is very easy to remove, and then they have access to very good quality unzipped content,” explains an expert in the field, who wants to remain anonymous. After this decompression, it is easy to re-compress on any PC, from free encoding software, and then replay the stream – in its original definition.

In fact, there are several kinds of streamers. First there are the “robins of the woods” of sports streaming, those who “do it because they love their team or their sport, and they want everyone to enjoy it, even if they don’t have any money,” notes Mike Carver (it’s a nickname, because he too wants to remain anonymous), a student of network engineering, and creator of a site dedicated to new technologies, HTPC Guides, on which he sometimes talks about streaming. Then there are “realists”, who want to share their passion for sport, but who also want to earn money to keep their site alive – often by offering a subscription.

Finally, there are individuals who are “only interested in money, who make you watch or click on ads to watch your videos, and who have no other purpose. Among them are hackers who sometimes ask you to download (malicious) software to watch the games, which then allows them to use your computer as a zombie machine, in order to later launch DDOS attacks or undermine Bitcoins, for example,” Mike adds.

Alain Durand, founding president of Content Armor, a Rennes-based startup specializing in watermarking (video tattooing), is actively fighting against piracy and illegal streaming. According to him, “there are real enthusiasts who broadcast videos in a disinterested, even home-made way, sometimes just for a small circle of friends, without knowing how to reference themselves on the internet… and there are also industrial streamers, based in exotic countries such as Russia, Taiwan, Greece or Bulgaria, who are real mafia guys. Like Kim Dotcom with the late MegaUpload, big live streaming sites like RojaDirecta or LiveTV are run by people who make money by almost pretending it’s a legal offer”.

Igor Seoane Miñán, the mysterious Spanish geek behind RojaDirecta, a video link sharing (not broadcasting) site created in 2005, was earning nearly 3,000 euros a day and his site was valued at several million euros when it was closed down by the Spanish justice system in 2017. Nowadays, the site frequently comes back from the dead after successive closures (under different extensions and in the form of mirror sites), and it’s hard to know if Miñán is still running it… But the fact remains that since then, RojaDirecta has been emulated, and has helped to create a real market. Illegal live streaming of sports events is currently a real business, bringing together providers (pirates), advertisers (who find it a good way to prosper), and intermediaries. Thus, as Europol explains in Le Parisien, the “networks of video stream providers”, which exploit dozens of subscriptions to pirate them, are made up of “white-collar criminals” – who host their servers in Russia or China (outside any European jurisdiction), and who distribute their pirated streams (decompressed then recompressed) on legal content distribution platforms (such as Amazon CloudFront or CloudFlare, for example), via real “farms”, located in South-East Asia. “The sector has evolved with an increase in image quality and link stability. Paid intermediaries are responsible for maintaining the connection. There is a real industrialisation of semi-professional solutions,” notes Jacques Bajon, from the Institut de l’audiovisuel et des télécommunications (Idate).

“The only reason pirate streams are as good, and sometimes better, than those of traditional broadcasters is because streamers care more about quality, even if their goal is just to make money They invest heavily in research and encoding to ensure the best possible image quality, and they also invest in the necessary equipment and infrastructure,” says Carver. As for the profile of those who are “hired” to maintain the streams, they are undoubtedly specialists in the field of new technologies: “in general, to stream on a large scale, you need to be technically experienced in networks, systems administration and infrastructure design”.

Very well-organized networks, therefore, which balance their streams in mass and in HD… and which sometimes go as far as using the Internet users’ own machines to broadcast their videos: thus, LiveTV offers a player for downloading, SopCast, which is based on Peer-to-Peer (and not on a one-way stream), which in fact transforms you and your device (PC, tablet or smartphone) into a client-server, a rebroadcaster, and therefore an accomplice. For your information, according to Similarweb, about 30 million users worldwide visit LiveTV every month. This is likely to generate a nice bundle of money while you watch, innocently or not, the next game of your favorite team. 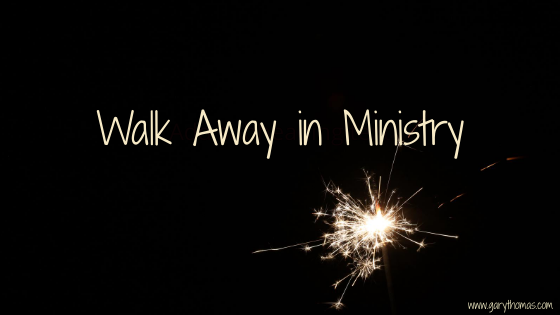 Read More
When we began the “Walk Away” collection, we highlighted the 41 citations in the Gospels where Jesus ignored…
Read More
0
0
0 Read More
Are you looking for a new series to occupy your evenings, but you don’t know where to start?…
Read More
0
0
0
By Dean I. Weitzman, Esq. on June 28 th, 2019 As the July fourth vacation weekend break techniques,…
Read More
0
0
0