Game of Thrones: Who Are All the Characters in the Final Runion of the Last Episode?

A key meeting brought together many characters, but not all the faces we see are necessarily familiar. Round table of participants.

This article contains revelations about the latest episode of Game of Thrones. If you haven’t seen it yet and don’t want to spoil the pleasure of discovery, go no further. If you like to see the world burn, you can read with delight.

The latest episode of Game of Thrones, entitled The Iron Throne (The Iron Throne), aired on Sunday, May 19, 2019 on HBO. It brings a conclusion to one of the most ambitious television sagas of recent years Undeniably, there will still be a lot to say and write about this grand finale, but also about the whole of this almost ten-year-long epic.

Among the topics of discussion will certainly be this unexpected meeting which obviously brings together the principal lords and rulers of Westeros. This summit meeting aims to decide the fate of Tyrion Lannister the former Hand of the Queen, the late Daenerys Targaryen and to discuss the case of Jon Snow who sealed the fate of the Mother of Dragons by stabbing her in the heart with a dagger.

For anyone who has followed the series assiduously, this place will seem familiar. This is not the first time the camera has shown us these ruins. This is Fossedragon (Dragonpit). In the history of Westeros, this is where the house of Targaryen housed his dragons. In Game of Thrones, it is under what remains of a collapsed dome that a first high-ranking gathering took place, at the end of season 7, in episode The Dragon and the Wolf (The Dragon and the Wolf). It was then a question, for the living , of exceptionally putting their differences aside, to unite against the dead . It was at Fossedragon that Jon Snow Daenerys Targaryen and Cersei Lannister met. // Source: HBO

However, perhaps you found it harder to recognise all the people who were back in Fossedragon in this final episode full of twists and turns. If there’s no doubt that you’ve been able to identify the Stark and a few other well-known faces without concern, others may have escaped you. Either because they hadn’t appeared in the show for a long time or because they are new faces.

Who are the people attending this summit meeting?

Let’s go through them one by one. It is useful to dwell on each of them, since it was from this informal council that several major decisions were made, including the fate of Tyrion Lannister and Jon Snow the future of the North and the new suzerain of the kingdoms of Westeros. So here are, from left to right, starting from the center, the personalities present. Grey Worm : He’s one of the Unsullied of Astapor and, more importantly, their commander. He was the companion of the ex-slave Missandei, who was killed on the orders of Cersei Lannister. The disappearance of his beloved, beheaded with a sword by La Montagne, has given rise to renewed rage in Ver Gris and towards those who stand against his queen, Daenerys. The latter appointed him commander-in-chief of its armies, at the rank of constable. He was in charge of managing King’s Landing until the meeting.

Tyrion Lannister: Prisoner of the Unsullied, former adviser to Daenerys Targaryen, of whom he was the Hand of the Queen. Due to the disappearance of his father (Tywin), brother (Jaime) and sister (Cersei), he naturally became the lord of the Western Lands, and of Casterly Rock Castle, where the powerful House of Lannister reigned. His ability to vote at this rally is uncertain, being a prisoner. Samwell Tarly: He is supposedly the lord of House Tarly since the death of his father Randyll and his brother Dickon, who were burned alive by Daenerys Targaryen. The Tarly family is not a suzerain house: it is vassal of the House of Tyrell. Since Samwell later became the Citadel Maester, it is unclear whether he represents his own people or perhaps Westeros scholars.

A first unknown: He’s probably a lord, otherwise in what capacity would he sit on that council? It could be a member of House Tyrell, sent as an emissary, since it is one of the great reigning families of the Six Kingdoms. It should be noted that Bronn will later take over the direction of Tyrell House and, by ricochet, of the whole area called the Reach.

Edmure Tully: This is the one who attempts a little speech to get himself appointed ruler of the Seven Kingdoms before being gently rebuffed by Sansa Stark. Edmure Tully is the head of the Tully House, which is at the head of the Conflans region. He’s the brother of Catelyn Tully, wife of the brave Eddard Stark, and thus the uncle of the Stark children. He was married to one of the daughters of the Frey House and was at the heart of the Purple Wedding… He was also a prisoner of war and used by the Lannisters to capture the castle of Vivesaigues, the seat of the Tullys. Arya Stark: Is there a need to introduce her? His presence is not justified from a political point of view She doesn’t run Stark House and doesn’t want that kind of responsibility. Perhaps she’s here because she was instrumental in the Battle of Winterfell It was she, however, who gave the fatal knock to the Night King who wanted to destroy the world.

Bran Stark: Because of the revelations surrounding Jon Snow’s genealogy and the death of his older brother Robb, he is, as the eldest male in the Stark family, the logical heir to the North – especially since his other brother, Rickon, although younger, is also dead. But it’s actually Sansa who’s going to get the northern power back. However, Bran the Broken has abdicated… to reclaim the Iron Throne Well, what’s left of it. Had he planned it all along with his supernatural gifts?

Sansa Stark: She doesn’t need much introduction either. Her political finesse allowed her to give the North its independence – we no longer speak of the Seven Kingdoms but of the Six – and she reclaims power in the process, which is no mean feat in a world where sexual attributes count more than merit. Bran has renounced the North, so she’s here as patroness of the House of Stark. Brienne de Torth (Tarth in VO): she is the heiress of the house Torth, who is herself vassal of the house Baratheon. After serving as a knight in the service of Renly Baratheon, she was commissioned by Catelyn Stark to escort Jaime Lannister to King’s Landing to exchange him for the two Stark girls, Sansa and Arya. In principle, it is under the orders of Gendry Baratheon, the new lord of the Stormlands.

Davos Mervault (Seaworth in VO): known as the Onion Knight. His right to vote in the assembly of the powerful is not certain. However, he served as Hand of the King to Stannis Baratheon, after being knighted by the latter. He has also been at the heart of power, notably with Jon Snow and has been involved in some of the kingdom’s key battles. He’s supposedly Gendry Baratheon’s vassal.

Gendry Baratheon: Robert Barathon’s bastard. His lineage to Robert had been discovered by Eddard Stark. After a few years of wandering around, Gendry Baratheon took part in the Battle of Winterfell. Daenerys Targaryen, who knew what links he had with Robert, decided to legitimize him by bombarding him lord of Accalmie, the fiefdom of the house of Baratheon. Representing one of the kingdoms of Westeros, his presence is more than legitimate.

A second unknown: Again, this is most likely a lord or an emissary of a house. Its proximity to Gendry Baratheon suggests that it has a connection to the Stormlands. The appearance of his armour suggests he’s from the northern half of Westeros.

A third unknown: Third unknown at this meeting. From the thick fur on his shoulders, we can tell that he comes from the North. He is assumed to be close to Yara Greyjoy, to his left, because when Arya makes a threat, he seems ready to react.

Yara Greyjoy: The successive deaths of his father, Balon, his three brothers, Rodrick, Maron and Theon, as well as his uncle, Euron, opened up a political boulevard for him. She now commands the Iron Fleet – or at least what’s left of it – from Pyk, her family’s fortress. She is the suzerain of the Iron Islands and bent her knee before Daenerys Targaryen. It does not, however, call into question the coming to power of Bran the Broken.

The Prince of Dorne: The clothes he wears betray his allegiance: he represents Dorne, the southernmost region of Westeros. We don’t know who he is by watching the episode because the script doesn’t say so, but IMDB betrays his identity: he is Dorne’s tough prince. Robin Arryn: He is the son of Jon Arryn, the former Hand of the King of Aerys II Targaryen, known as the Mad King, and of Lysa Tully, now Lysa Arryn. As such, he is the lord of the House of Arryn and reigns over the Château des Eyrié and the entire Val region. Still young, his homeland was on several occasions of great help, especially at the time of the Battle of the Bastards, to break through enemy lines.

Yohn Royce: He is an important lord of the Val and runs the house Royce de Roches-aux-runes. While waiting to harden young Robin to the realities of war and politics, Yohn Royce was the main interlocutor with the other kingdoms. While he has strong ties of allegiance to the Val d’Arryn, Yohn Royce has excellent relations with the House of Stark.

A fourth unknown: His attire also suggests that he comes from one of the great northern regions. Probably another lord or emissary.

Unfortunately, unknowns are not credited on IMDb in a role that could easily identify them. 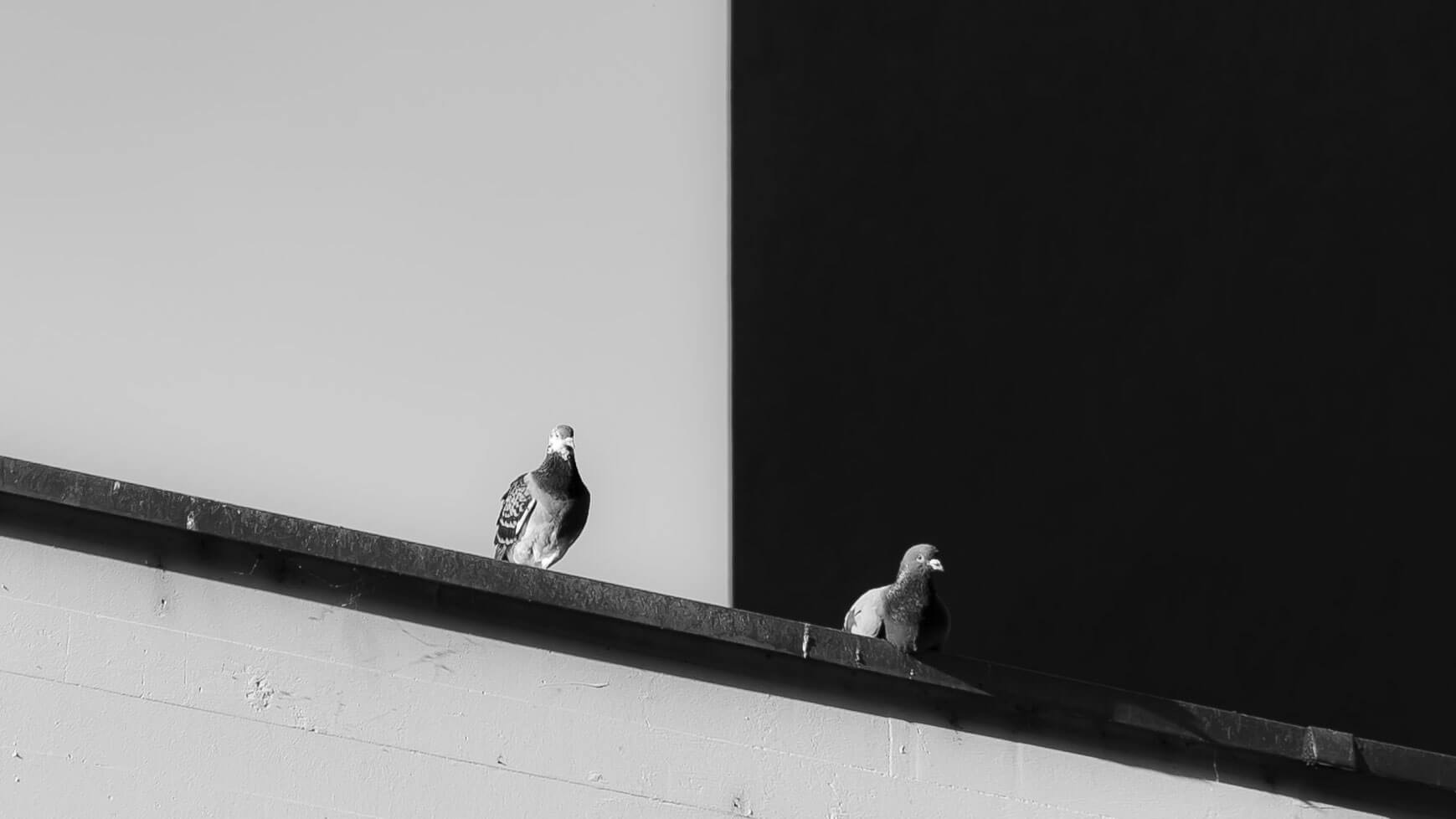 Read More
There are several methods to convert a Youtube video to mp3. Here are the best ones, free or…
Read More
0
0
0 Read More
In today’s Digital Age and in a world where you use your smartphone more than your computer, managing…
Read More
0
0
0 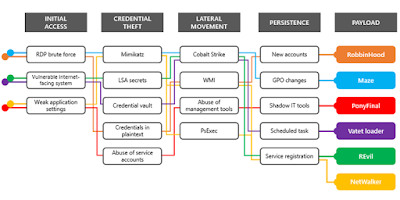