Game of Thrones : All We Know About Season 8

The end of season 7 had left all the fans of the Game of Thrones series in anticipation. By the time it had ended almost a year and a half ago, it had plunged the community into an interminable wait. Waiting period ending on 14 April next. Winter is coming back but then what exactly should we expect? Let’s recap.

Let’s get back into the swing of things, a year and a half is a long time and the multiple stories in Game of Thrones n’t make it any easier. The last images of season 7 plunged us into a vision of Bran aka the Three-Eyed Crow as Jon Snow joined the Daenerys’ layer. In his vision, Bran attends the wedding of Lyanna Stark with Rhaeger Targaryen making Jon Snow a Targaryen. His true identity was finally discovered as Aegon Targaryen. The one who has just joined the bed of the one who proclaims herself heir to the Iron Throne (and her aunt incidentally) is in reality the legitimate heir since Rhaeger was the elder brother of the siblings.

Complications are therefore expected between the Queen of Dragons and the reckless Jon Snow Finally, he would have to learn the truth about his origins… nothing is less sure in Game of Thrones. However, HBO’s first official trailer gives fans hope. Indeed, the feather that had already appeared in the first season (when King Baratheon placed it on Lyanna’s grave) falls as Jon Snow passes in front of the statue of his mother in the Stark crypt. Anything telling? We’ll be sure to know soon.

We already know, however, what the final Game of Thrones season will be like. The team at the controls of the series has opted for 6 long episodes: the first two will last 60 minutes and the last four, 80 minutes. The producers would have preferred three 1.5-hour films on the big screen but HBO relies first on its subscribers to bring the series to life.

What about the budget for season 8? When it comes to Game of Thrones it’s always complicated to have figures, but some sources mention a pharaonic budget of more than 15 million dollars per episode! We therefore expect to see a masterful show with such colossal means. Everything is controlled so that nothing is left to chance, from hair to make-up to costumes.

Winterfell Castle was given new rooms, a wider courtyard and new walls for the occasion. David Benioff’s watchword is ” you don’t want to f*ck it up,” he told Entertainment Weekly. A complete trailer in view

Paranoia has also taken hold of the writers of Game of Thrones, David Benioff and Daniel Brett Weiss. If it were up to them, no trailer would be released before the start of season 8. In their frenzy to control everything, they don’t want to let anything slip through their fingers. But rest assured, the HBO channel has confirmed that there will be a full trailer before the start of the new season (we just hope we won’t have to wait until the end of March or worse, the beginning of April to watch it).

Fake shoots to keep the secret

Actress Sophie Turner (Sansa) told Vulture that she had had to go to so-called filming locations for entire afternoons to – hold on – pretend to shoot. The writers and producers had briefed the actors, there was no way they would post anything on social networks

But some actors play with the game

We’re not going to give the fans the slightest clue that could fuel new hypotheses.  Joe Dempsie (Gendry) told Entertainment Weekly that it’s strange to be the holder of knowledge that the whole world – or almost the whole world – wants to find out and that it’s a big responsibility.

The blunder, however, could come from those close to Sophie Turner. In an interview with Wmagazine, she confessed that she had revealed the end of Game of Thrones to some of them: “I suck at keeping secrets“. That’s enough to give the writers white hair. The young actress ends up specifying that she only told people she trusts.

The war between our heroes and the White Walkers is going to be insane. A member of the crew revealed to Entertainment Weekly that they had shot at night for 11 consecutive weeks in 3 different locations 55 battle scenes.

This is Entertainment Weekly who gives us the highlights of the first episode: “Season 8 kicks off in Winterfell, with an episode that contains many references to the driver of the series. But instead of King Robert’s procession, it is Daenerys and his army who arrive in the northern citadel. What follows is an exciting and tense mix of characters – some of whom have never met before – as they all prepare to face the inevitable invasion of the Army of the Dead! “Note that in the first excerpts revealed, Sansa does not seem to be very happy to hand over the reins to Daenerys “Winterfell is yours, your Grace“. All are converging on the North – even Jaime Lannister Producer Ryan Cogman told Entertainment Weekly..: ” They are disparate characters who unite to face a common enemy, while juggling their past and defining the person they want to be, in the face of certain death“. It’s brutal,” says Peter Dinklage (Tyrion Lannister).

The battle will not have only one point of view it will involve several characters with their own perspective. The dramatic tension will increase until the fateful moment. A battle that promises to be one of the most memorable in the history of television. Will there be a final (fatal?) confrontation between the King of the Night and Jon Snow? One thing is certain, it is war that must end all wars. They lived happily ever after and had many children?

David Benioff and Daniel Brett Weiss, the two screenwriters, directed the grand finale of the final season So good omen or bad omen? This season should allow the different characters to get together to join forces for the big battle, confirms Sophie Turner (Sansa) in the Golden Derby. Even Ghost, Jon Snow’s wolf, should reappear, according to Joe Bauer at the Huffpost.

It’s hard to know which ones will come out alive, though. The trailer released at the beginning of January caused some concern. In the latter, two mortuary statues faithfully resembling Sansa and Arya appeared, while the one of Jon shows him older. That’s enough to think that the two sisters might not make any old bones. Certainly, thanks to The Guardian, we know that Maisie Williams (Arya) was the last to leave the set in Belfast last July. But since the episodes of a series are not always shot in chronological order, this does not necessarily mean that she will still be alive at the end of the series.

A surprising ending that will no doubt divide

It does suggest, however, that Arya ends up alone and that this is a perfect ending for her character who has often been lonely during the show. Sophie Turner doesn’t really reassure us by telling IGN that the end is going to be divisive. “I think they’ll be divided. That a lot of fans will be disappointed and a lot of fans will be delighted (…) It will be really interesting to see the reactions of people, but for me, I found it really heartbreaking”. One thing’s for sure,” Nikolaj Coster-Waldau (Jamie) told the Huffington Post, “it’s going to be surprising: “For me, the final is very satisfying, but also very surprising, and at the same time it makes sense”. And remember that this is not a fairy tale, recalls actress Hannah Murray (Gilly/Vère) in an article for Watchers on the Wall.

Winter has to end

Kit Harrington and many other actors said they finished shooting in tears, which was hard to see written on their script “The end of Game of Thrones“. All were, nevertheless, happy to see the end of it. The series will have brought them a lot but the shooting will have been exhausting both physically and emotionally speaking.

It remains to be seen whether the end will bring tears to the eyes of the faithful spectators. We shudder in advance, it’s not going to be easy to say goodbye to a series that will have marked a whole generation… It has been intense, frustrating and so well conducted that the work of its actors, directors and scriptwriters is to be commended. In any case, we expect a lot from this final season. Who will finally ascend the Iron Throne? See you on April 14th for the first episode of season 8 ofGame of Thrones. Read More
Run by , LeBonCoin is the 5th most visited site in France*,with 28 million unique visitors. The classified…
Read More
0
0
0 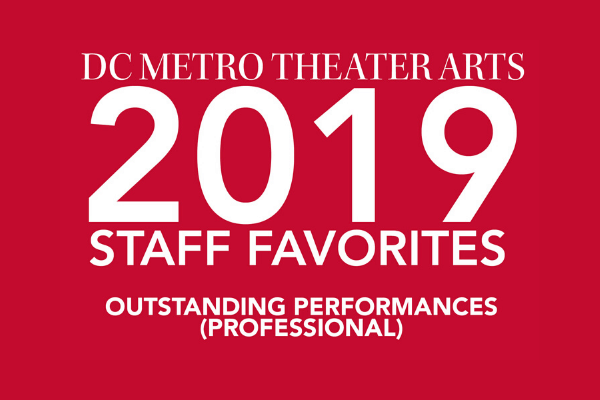 Read More
Because the 12 months attracts to a detailed, we requested DCMTA writers to assume again on the performances…
Read More
0
0
0 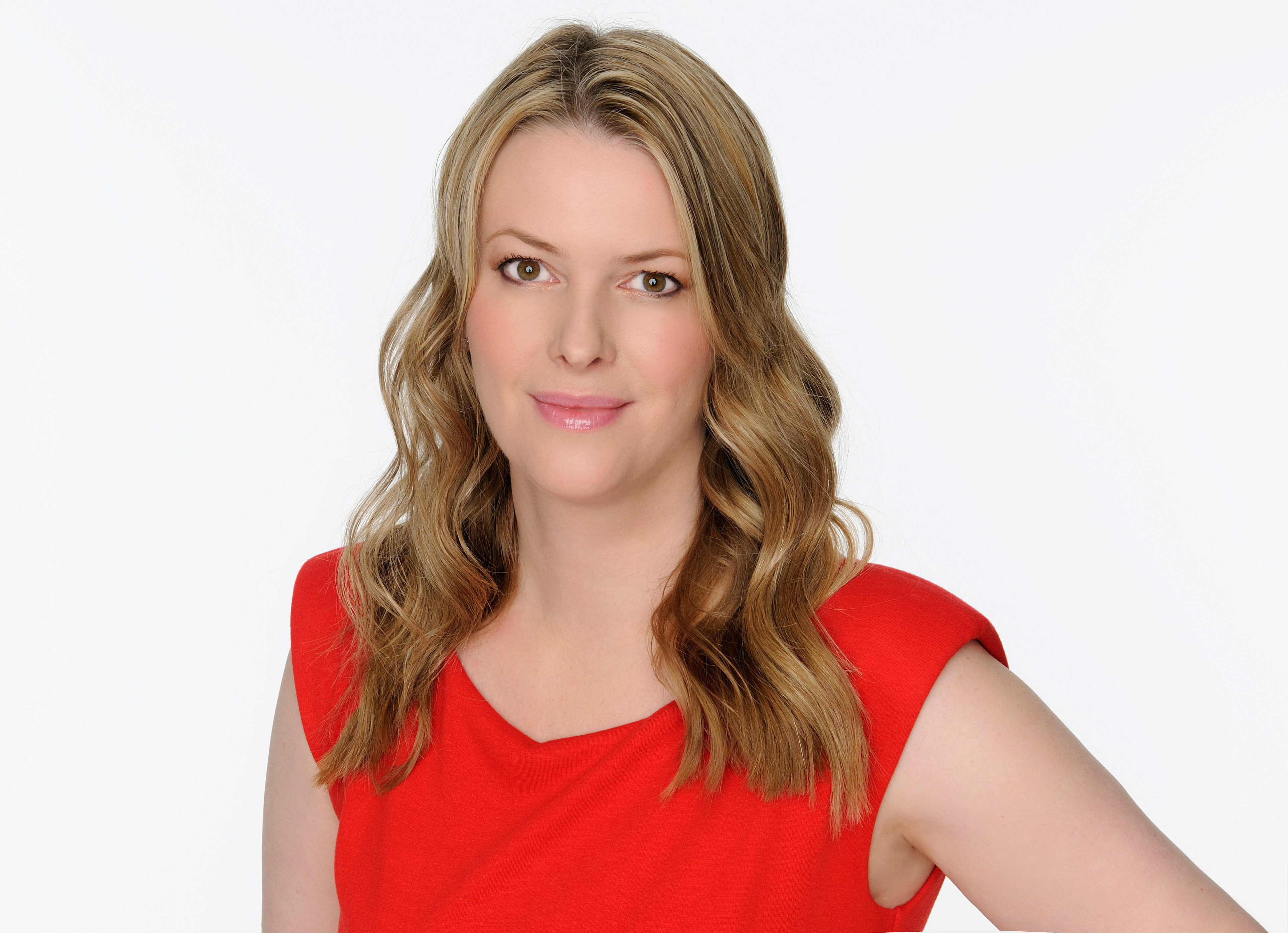