Euro Truck Simulator 2 Scandinavia : the Witcher Doesn’t Have a Monopoly on the Northern Kingdoms…

We could have told you about Geralt de Riv, the charismatic “Witcher” and his Wild Hunt that began a month ago, but that would have been too much of a call, wouldn’t it? Rather than travel the Northern Kingdoms with the most “badass” of wizards, we chose to follow one of his cousins, Gérald de Truck, a professional truck driver, in the latest extension ofEuro Truck Simulator 2.

Soberly named Scandinavia, this second “extension” ofEuro Truck Simulator 2 offers us the opportunity to travel to other Nordic countries, Denmark, Norway and Sweden. But instead of riding a horse, the ride will be on a huge truck, with a trailer loaded to the brim with various goods, which you will have to deliver from one end of Europe to the other.

Only one game mode is offered, a career mode in which the brave driver that you are will try to climb all the possible levels in the professions of the road. You will start out as a driver employed by various companies, before buying your first truck and setting up on your own account to become the next European road transport giant. Yeah, that’s all.

The game begins with the creation of your character, a step that has no influence on the course of events. Then you will have to choose the city in which you want to locate your first garage. It is around this first city that you will find your first missions.

Since you are penniless, you will first have to carry out assignments for other companies, who will make their trucks available to you and pay for any damage you cause. Fines, on the other hand, are your responsibility, and there are plenty of opportunities to be scolded by the Marshalsea. By default, speeding, collisions, and crossing a crossroads at a red light will relieve you of a few hundred euros, but the list goes on and on. Forget to turn on your headlights at nightfall or don’t turn on your wipers in the rain, and the game will take your hard-earned dollars away again. Fortunately, the first deliveries serve as a tutorial and reflexes are acquired quite quickly. These are rather short – generally less than 250 kilometres – and allow us to accumulate enough experience to unlock our first talent points, which will give us the opportunity to specialize our driver in certain areas to make him more efficient. Needless to say, travelling 250 km won’t take you four hours as in real life, but rather a good ten minutes.

On the road again

Several options are then available to us. The first is to specialize our driver in the transportation of dangerous goods, which allows us to unlock slightly more lucrative missions, bringing fuel, chemicals and a whole bunch of other joyous things to port. We can also specialize in fragile goods or express transport. If you want to carry out longer missions, this is also possible by allocating points in this area, the maximum allowing you to do relays of about 2,000 kilometres. The last option is to train yourself in eco-driving, to save up to 35% of fuel on the road.

Once a small fortune has been accumulated, the game offers you the chance to take out a loan of 100,000 euros to buy your first truck. Of course, it won’t be a war lightning bolt and its lack of acceleration will give you some trouble on the climbs, but at least you’ll be able to switch to more lucrative missions. If a 500 km trip with a rental truck would bring you around 3,000 euros, if you do it on your own mount, your earnings could triple. It’s a good thing you’re going to need a lot of money. From now on, all costs are your responsibility, whether it’s a full tank of diesel (and a 1,200-litre tank is expensive to fill), road tolls, ferry to certain areas, or the maintenance and upgrading of your truck. It is this last point which makes all the salt ofEuro Truck Simulator 2. Almost everything is modifiable on your gleaming frame, from tires to paint, engine, transmission, fuel tank and even the dashboard. While some modifications are purely cosmetic, others will make your steel monster much more effective.

As the game progresses, you’ll be able to collect considerable sums of money that you can also spend on other things than new rims. It is indeed possible to hire other drivers, managed by the AI, and provide them with trucks to work on your behalf. As a good boss, you will be able to take care of recruitment yourself by visiting agencies and define in which field you want to specialize your employees. The title then takes on a rather light management aspect, interactions with drivers being quite rare. If you don’t like it, you should know that this side of the game is completely dispensable.

To travel the Scandinavian roads, as well as the 27 cities and ports added by this expansion, you’ll still need a mount in the best shape possible. 12 ferry terminals have also been set up to link these new territories to England and Eastern Europe. Finally, 80 new types of cargo ships were introduced to make the trips a little more interesting. Scandinavia’s main interests are not there, but rather in the graphical improvements made to the original game Let’s be clear, Euro Truck Simulator 2 is not Crysis 3 and probably never will be, but the few additions made make the title more pleasing to the eye than before. The vegetation on the roadside is now denser, the maps are a little more hilly and the visual effects related to the day/night cycle and the weather are also more beautiful.

On the gameplay side, the main modification concerns the addition of semi-trailers with a slightly different driving style than traditional trailers. The specificities of Scandinavian roads are also respected, which sometimes gives rise to rather unexpected scenes where, for example, one is waiting for a level crossing to open in the middle of a tunnel.

An extension may be a little too expensive

If the overall gaming experience offered by Euro Truck Simulator 2 is rather pleasant, this Scandinavia extension is hard to convince. Not because it doesn’t offer interesting content, but rather because it pays a high price for that content. Sold for 19.99 euros, it costs as much as the basic game.

So, it all depends on how attractive you already have for Euro Truck Simulator 2. If you’ve already been busy for dozens of hours with this one, and imagining yourself carrying 22 tonnes of cattle with your arms out the window makes you dream, this extension is for you. On the other hand, if you already have the basic game but you haven’t hooked up, there is no chance that Scandinavia will reconcile you with the genre. Read More
The main point of this article Model of a building How to create a layout Step one. Temporary…
Read More
0
0
0 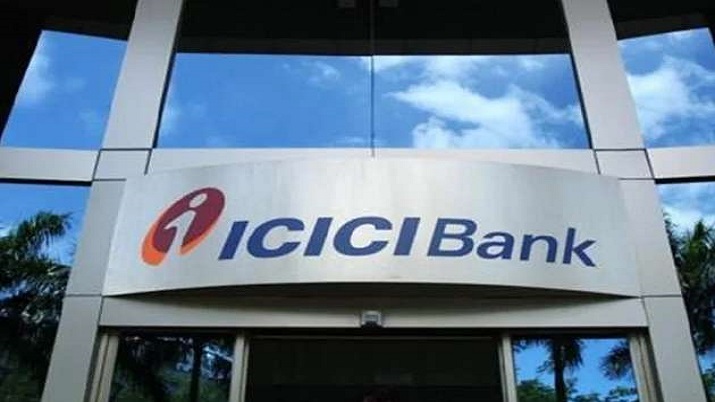