eau was probably salty and mineral-rich on Mars.

The water that was probably once on Mars must have been salty and rich in minerals, according to scientists. These conditions could have allowed microbial life to exist.

The water that existed on the surface of Mars in the past was certainly salty and rich in minerals. Scientists explain why in a study presented on January 23, 2020. It was published in the journal Nature Communications. These conditions could have been conducive to the existence of microbial life.

The question of whether Mars was habitable in its past intrigues the scientific community. To find out more, the authors of the new study looked at the minerals observed on the planet today, to deduce the chemical composition of the ancient water found there. The authors explain that some “surface water properties on the young Mars…provide clues to paleoclimate and habitability“. Sediments collected by the Curiosity rover…

This study looks at samples, sediments collected by the Curiosity rover, currently on a mission to the surface of Mars. The rover landed on Gale Crater, which is believed to have formed in the early history of the planet, between 3.5 and 3.8 billion years ago The area shows evidence that water may have been present in the past. The samples were collected from the Yellowknife Bay geological formation located in the crater. “The Yellowknife Bay formation was likely deposited with the slower flow when streams met a lake in Gale Crater,” the authors explain.

Analysis of these sediments led scientists to conclude that the water in this area was salty. This characteristic would be linked to the existence of hydrological cycles (or water cycles, such as the one that represents the path of water on Earth), which took place during the Hesperian, an epoch of Martian geology – between 3.7 and 3.2 billion years ago. The pH (which allows us to estimate whether a solution is basic or acidic) of this water would also have been close to that of the Earth’s current oceans.

This supports the hypothesis that past conditions on Mars could have made the planet habitable by microbes. Nevertheless, this is by no means proof that life on Mars was possible. This year, NASA plans to launch a new rover into space: Mars 2020 is expected to study the possibility that conditions on the planet have been favorable for life in the past. The rover, which does not yet have an official name, is intended to collect samples that are then supposed to return to Earth.

Star Wars: The Clone Wars ended with the last episode left by the Fandom Star Wars The final…
Read More
0
0
0

Read More
Il is a long way from the time when you checked your e-mails exclusively on your computer. His…
Read More
0
0
0 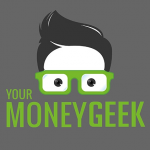 Read More
This article was motivated by dynamic conversations on the FIRE and also LeanFire Reddit. Economic freedom is the…
Read More
0
0
0