[criticism] a Shortcut in Time: is Disney Still Original?

At a time when Walt Disney Pictures has become the most powerful film studio in Hollywood, A shortcut in time stands out as one of the few original blockbusters to be released this year from the American firm’s catalogue. Although the film is an adaptation of Madeleine L’Engle’s famous eponymous novel, and thus does not offer a fundamentally “new” narrative, it is nevertheless a much riskier project on paper than The Return of Mary Poppins, Avengers 3, Solo : A Star Wars Story, or the sequel toAnt Man. But taking any kind of risk is unfortunately never necessarily a guarantee of success. The evidence here?

Going back in time, more precisely in March 2010, Walt Disney Pictures announced that it had acquired the adaptation rights to the novel A Shortcut in Time. Jeff Stockwell was then hired to write the script and Cary Granat to produce the film with a $35 million budget. But the project is postponed and we have to wait until 2014 to see the film crew change. Jennifer Lee then took over the script and it wasn’t until 2016 that director Ava DuVernay joined the project. The film’s initially modest budget has now risen to $103 million, making her the first woman of colour to make a film with such a high production cost. Sold on this progressive fact, the film is also intended to be a more global denunciation of our Western society and its eternal difficulties in placing us all on an equal footing.

As a result, the story of the film follows the story of Meg Murry (Storm Reid), a schoolgirl who can’t find her place in the world. Poorly integrated with the other students and a victim of hazing, the young girl also has to deal with the mysterious disappearance of her father (Chris Pine), a world-renowned scientist. But very soon, she will meet three women who have come to earth to help her. Mrs. Quidam, Mrs. Qui and Mrs. Quiproquo take Meg, her little brother Charles Wallas and a classmate named Calvin on a space-time adventure. During their journey, the gang will then be led to visit fantastic worlds where a diabolical character reigns.

By taking up the great allegorical devices of Hollywood cinema to symbolize the struggle of good against evil, A shortcut in time immediately comes up against a radical problem of narration. Like a real textbook case, the film fails on just about every level to offer a narrative that is both emotionally engaging and has a coherent subtext. If light here symbolizes progressive thought and darkness the defects of a sick society, the subject never manages to evolve in line with its dramaturgy. The fault lies with a writing that insufficiently develops its themes. It will therefore be necessary to settle for a summary character development (the final reconciliation between the stalking teenager and her victim is totally ellipsed) and a meaningless treatment of the threat. Only a sequence almost disconnected from the rest of the film will quickly reveal various images where, in our world, men attack others under the guise that human evil (rejection of the other, violence, injustice, etc.) is here directed by darkness. In another register, Star Wars with its dark and bright side was much more philosophical and rigorous. “What if we didn’t just happen to be here? If we were part of a whole, of something of the divine order…” says the scientist character played by Chris Pine. Of this intention to talk about spiritual themes, A shortcut in time will also do nothing or very (too) little. If it is not asked to be a thesis in its own right on the subject, the reproach lies more in the propensity of the work to merely sketch its subjects rather than treat them.

Likewise, emotional involvement remains sadly non-existent. The fault lies with a stereotypical first act that is far too mechanical to create real empathy with its characters. The main heroine is an African-American child who is harassed in her college by teenage girls straight out of a Disney Channel production. While the originality does not always come from a new creation, it can however appear in the variations of a previously existing code. Kind of like music. Here, only the impression of having seen this type of characterization in the past remains. One thinks of all the existing mediocre American teens movies, be it Hannah Montana or, to a lesser extent, the series Glee (season 1 not included) and its marginal singers. For a project that seems to swear by its “useful” purpose, capable of positively influencing the consciences of the general public it aims at, A shortcut in time seems therefore powerless to develop its own meaning in a properly constructed and somewhat innovative way. A shortcut in the imagination

Ava DuVernay’s direction responds to this scriptwriting observation, which is damaging to the film as a whole, with a new artistic inaptitude that is embarrassing to say the least. The one consisting here in creating and retranscribing an authentic and unpublished imagination.

A Shortcut in Timeis therefore also highly disappointing in its unveiling and characterization of its fantasy and science fiction universe. His first foray into the fantasy world of footage is a testament to this. In a sort of green meadow, totally saturated and empty, the characters mimic an incomprehensible wonder. Next, we must witness the transformation of Mrs. Quiproquo (Reese Witherspoon) into a giant, humanoid lettuce leaf. While the “creature” personifies one of the most attractive and original ideas in the film (that is,) the grotesque aspect of the monster is more a source of consternation than enchantment. Besides, the rest of the feature film will only plunder the references of the genre (Avatar and its planet Pandora, for example) through some rare sequences of actions devoid of rhythm and terribly stereotyped. This is evidenced by the forward flight scene of Meg and Calvin trying to escape from a kind of synthetic tsunami chasing them. With the exception of a few frame values, the impression of seeing the same shots as in the trailer of Jurassic World 2 and its volcanic eruption is very disturbing. As if the limits of the Hollywood system were becoming more and more apparent.

Combined with a soundtrack calibrated for prepubescent teenagers (Demi Lovato and Chloe x Halle) evoking, to cite a recent case the trilogy 50 nuances of Grey, the film continues its enterprise of destroying the imagination. His musical choices irremediably plunge the work into an impersonal and tasteless tone.

Finally, how can we not mention the very treatment of science fiction and metaphysical ambitions directly inherited from the novel to which the film tries to give substance? Very complex to adapt, the literary base here remains too strong for Disney and a novice of the Hollywood blockbuster. To take an example, the big bad guy in the footage is a perfect illustration of this lack of direction. Too abstract to be convincing, not innovative enough in his design, and never representing a sufficiently tangible threat to the characters to frighten and create dramatic tension, he is the embodiment of a delicate and caricatural enemy par excellence.

A shortcut in time, because of its oversized script and its portrayal of an imaginary world as poor as that already seen elsewhere, and even better, is thus lost artistically and finally looks like nothing more than a sanitized and agreed upon production. 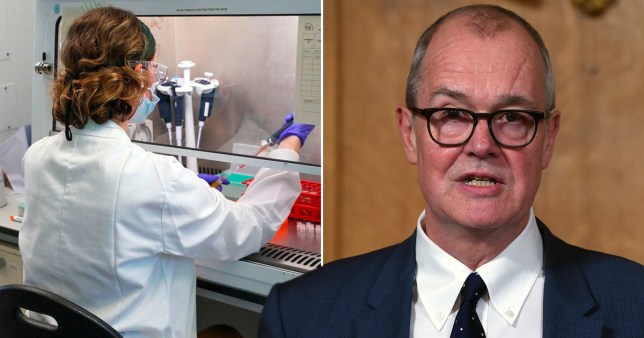 Read More
Hello, following my request for cancellation of my mobile phone plan due to unemployment SFR asks me for…
Read More
0
0
0