Dell could create a foldable computer with 3 or 4 screens…

A few months ago, Dell filed a patent for a hybrid computer with three or four screens. This new machine could thus be used as a laptop, a tablet, but also as a multi-screen device, especially for videoconferences.

Acer’s catalogue will include two new desktops running Chrome OS: one for schools and one for the professional sector.

Since its introduction, Microsoft’s Surface Studio all-in-one PC has been a growing success.

HP launches an all-in-one monitor and computer that is both design and quality.

CES 2016 : MSI moves the graphics card behind the screen and presents a mini PC gaming

Taiwan’s MSI took advantage of the CES to present some unexpected innovations, including an All-in-One with an external graphics card.

At its European event in Barcelona, HP unveiled several all-in-one computers, including a rather impressive 34-inch curved model.

Computex: MSI studies the track of an all-in-one with external graphics card

Originally designed for laptops, the concept of an external graphics card is now being ported to an all-in-one computer by MSI. Would it really be in demand?

After a surge of notebooks with GeForce GTX 960M and 970M graphics chips, the market is now welcoming variants in the form of all-in-one desktop computers. MSI is indeed announcing the launch in France of desktops that share most of their technical specifications with laptops for gamers.

In addition to a curved monitor and a pair of omnidirectional speakers, Samsung unveiled an ultra-slim laptop and a curved screen all-in-one desktop computer ahead of the CES 2015.

IFA 2014 : Lenovo Horizon 2s, a family all-in-one PC that converts to a tablet

Lenovo used its IFA 2014 press conference to introduce a new all-in-one desktop computer that converts to a tablet, the Horizon 2s, for family use.

MSI announced yesterday that it is expanding its Adora range of ultra-slim all-in-one computers with new, more compact models. In addition to the 24-inch version, it now offers 22 and 20-inch versions.

The Taiwanese MSI announces the launch of two new all-in-ones on French soil. These computers have the particularity, for all-in-one PCs, to be designed for gamers. At the heart is a GeForce GTX 860M graphics card.

It is now Philips’ turn, or rather MMD’s turn, to enter the market of the “all-in-one monitor”, i.e. the monitor that can operate autonomously.

LG Chromebase: the next all-in-one on Chrome OS

The manufacturer LG invites itself in its turn on the Chrome OS market and presents its first all-in-one computer: the Chromebase.

Acer is now entering the standalone all-in-one computer market, with one model based on Windows and another on Android.

HP introduces Envy Recline, all-in-one computers that can straddle the edge of the desktop for more comfortable fingertip use.

MSI announced yesterday what it claims, rightly to our knowledge, to be the first all-in-one desktop computer for gamers in the market.

MSI recently announced a new all-in-one desktop computer that has the appeal of being “ultra-thin”.

HP has announced the renewal of its range of PCs for consumers, as well as the marketing in France of the all-in-one computers it recently introduced.

HP has announced the launch of the “Slate 21”, a low-cost, all-in-one computer based on Android.

Samsung ATIV: one tablet, two ultrabooks and an all-in-one arrive

From its Galaxy & ATIV conference, Samsung had revealed some of the content: the one concerning the Galaxy family, Galaxy NX aside. On the other hand, there is still a lot to learn about ATIV products.

With the arrival of Windows 8, the all-in-one computer with a touch screen has been updated. Many manufacturers are investing in the field, with a wide variety of products. MSI’s Wind Top AG2712, a 27-inch all-in-one model for gamers, is also available.

Acer announced yesterday the launch of an exciting entry-level all-in-one computer. This new “Aspire ZC-605” does indeed have some ingenious features.

Dell announced last week the “XPS 18”, a new all-in-one desktop computer that converts to a tablet.

Live from Las Vegas. MSI takes advantage of CES to showcase its new Windows 8 all-in-one systems. With an interesting feature for these new models: an HDMI input to turn the all-in-one into a TV.

Live from Las Vegas. At CES 2013, MSI will be presenting its Windows 8 tablet with a sliding keyboard. It is the Slidebook S20, which we have already seen before, which is more like a convertible Ultrabook than a tablet.

Live from Las Vegas. The Taiwanese brand Asus has unveiled an amazing Windows 8 all-in-one touchcomputer concept where the main screen is removed to become a standalone tablet operating under Android! This is the Asus Transformer AiO.

Among the new computer concepts of this CES, the Lenovo IdeaCentre Horizon Table PC is definitely in the spotlight! This all-in-one touch PC lowers to become a kind of Table PC, while the novelty comes from the possibility to move it around the house thanks to its integrated battery!

MSI announced this week a new all-in-one desktop computer, the Wind Top AE2031, which promises to meet the needs of today’s users at an affordable price.

After dedicating the IFA to laptops, whose prices he immediately revealed, Acer announced its all-in-one computers and monitors for Windows 8 in a second step last Monday.

HP Spectre One and Envy TouchSmart 23: standard touchscreen for all-in-ones

HP also took advantage of this morning’s press conference to launch a new high-end all-in-one computer, “Spectrum One,” and renew an existing model.

HP Envy and Pavilion 23: a symbol for the all-in-one computer

HP today announced the renewal of its all-in-one PC line in the United States, which includes several symbolic changes.

Lenovo made official this week the luxurious all-in-one desktop computer it partially unveiled earlier this year at CES, the “IdeaCentre A720”.

Shuttle, the renowned manufacturer of miniature desktop computers, is preparing to renew its entry-level all-in-one. The “X50V3” has the advantage of being equipped with a touch screen and of being passively cooled and therefore perfectly silent.

If it is primarily perceived as the result of a consumer positioning, couldn’t the concept of the all-in-one computer be extended to workstations? This is HP’s gamble with the Z1, a 27-inch with a Xeon processor and a professional graphics card.

There was no concrete news about Vaio at Sony, but a few prototypes, more or less finished, were presented. Enough to make you wait for final announcements during the course of the year!

HP Omni 27: A high-end all-in-one to compete with the iMac

HP announced yesterday the “Omni 27”, a computer undeniably intended to compete head-on with Apple’s iMac. It is indeed only the third all-in-one on the market to feature a 27-inch diagonal screen.

MSI has recently announced the Wind Top AE2071, a new mid-range all-in-one desktop computer that will be active at the beginning of the year.

For its first all-in-one desktop computer, Samsung goes for originality. The “Series 7” that he announced on Monday does indeed boast an unusual aesthetic, with an imposing base housing all the components, in favour of an ultra-thin screen.

Lenovo yesterday announced a new all-in-one desktop computer for home use, the “C325”. It is built around a modest AMD Fusion APU but still claims a mid-range positioning with the rest of its data sheet.

HP is taking advantage of its Christmas renewal to launch a new mid-range all-in-one computer to complement a high-end model announced last April. The new “HP TouchSmart 520” has the advantage of being versatile by housing a TV tuner as standard.

Dell today announced the renewal of its all-in-one mid-range desktop in the wake of a rival entering the market. The new “Inspiron One 23” exchanges its AMD platform for Intel’s latest platform and takes advantage of the opportunity to become high-end.

The European branch of Sony has just announced the new Vaio L at the IFA in Berlin. Behind this range is an all-in-one touchscreen PC which now features a 3D screen with an upgraded configuration.

Acer today announced the imminent launch in Europe of a new range of high-end all-in-one desktops, embodied by the new “Aspire Z5801” and “Z3801”, with which it is definitely looking to appeal to Apple’s iMac prospects.

Lenovo announced yesterday a new all-in-one desktop for the enterprise, the “ThinkCentre M71z”, which offers, as is often the case in this sector, a wide range of applications with a multitude of options.

In addition to a new mid-range notebook, Acer also announced today a high-end all-in-one computer dedicated to multimedia. The “Aspire Z5763” is effectively built around a 3D screen and, although it is not touch-sensitive, benefits from motion-sensing control technology.

Asus continues to grow in the burgeoning all-in-one desktop market, and is even diversifying its product line with the introduction of a space-saving, first-price model in addition to a more traditional model based on the AMD Fusion platform.

Toshiba in turn enters the burgeoning all-in-one computer market with its first mid-range model. The “DX1215” has more than one string to its bow for targeting multimedia, although it sticks to a 21.5-inch diagonal to remain affordable.

Sony is about to launch in Europe and in France in particular the renewal of its all-in-one desktop computer. The new “Sony Vaio L” competes more than ever with the Apple iMac, both in terms of aesthetics and price. Beyond the natural exploitation of Windows and not Mac OS, it is nevertheless different in more than one way.

MSI has recently added a new model to its range of all-in-one computers that offers a good compromise in terms of performance, the “WindTop AE2060”.

HP yesterday announced a new all-in-one touch-screen desktop computer that features a 60-degree tilt feature. The tactile function of these computers is often described as anecdotal, due to the fatigue caused beyond a short period of time by their vertical position. The new “TouchSmart 610” can therefore lie down to reduce the strain on the forearms.

This afternoon it’s HP’s turn to announce a new entry-level all-in-one desktop. If MSI chose this morning a low-performance but modern platform for its first-price model, the American giant is making the opposite choice for the same price.

The AMD Fusion solution is definitely a hit. After being advertised for laptops, mini PCs and motherboards, it now includes an all-in-one desktop computer. On Monday, MSI announced the new WindTop AE2050, housing the usual AMD Brazos platform.

Dell, which already has a 19-inch all-in-one touchscreen in its catalogue, has just announced the release in the United States of a new machine, this time equipped with a 23-inch touchscreen panel displaying 1920 x 1080 pixels. It adopts an AMD processor-based configuration. In this case, it is an Athlon II X4, associated with a maximum of 8 GB of RAM.

Asus is about to complete its family of low-power “EeeTop PC” all-in-ones with a full range of conventional all-in-ones. The new “Asus All-in-one PCs” of the “ET2400” series do indeed house desktop architectures and not Intel Atom processors.

Lenovo Introduces IdeaCentre B305 in the United States

The Chinese manufacturer Lenovo has just made its all-in-one IdeaCentre B305 desktop available on its US online store. AMD Athlon II X2, X3 or X4 processor, it features a 21.5-inch multitouch LED touch screen. Its price ranges from $699 to $949 for the most powerful version.

By Dean I. Weitzman, Esq. on June 28 th, 2019 As the July fourth vacation weekend break techniques,…
Read More
0
0
0
It’s hard to stand apart from the crowd when you’re running a business. That’s because, for each product…
Read More
0
0
0 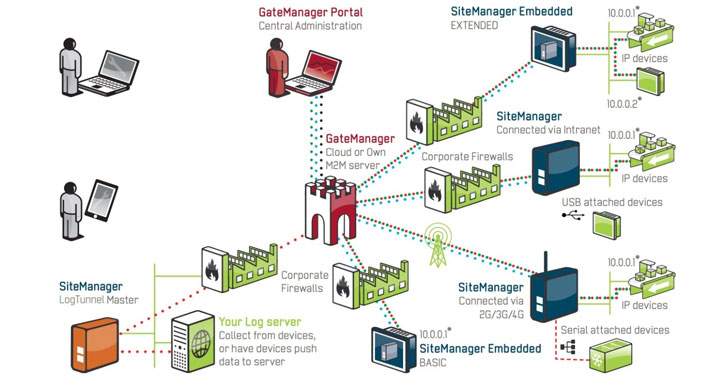 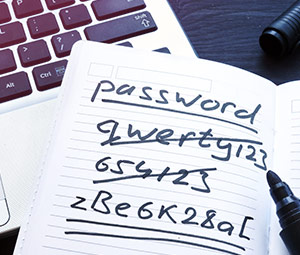 Read More
Passwords. We want them for nearly the whole lot these days. Coming into our telephones, our computer…
Read More
0
0
0
Smriti Khanna, a television actor who gave birth to a girl just six days ago, told her about…
Read More
0
0
0